Ex-Formula 1 and Indycar driver Roberto Moreno is to race a Van Diemen RF80 at next week’s Formula Ford Festival, 41 years after he won the event in a similar car.

The programme has been put together by long-time Formula Ford team boss Jonathan Lewis, whose Snetterton Speed Shop operation will run the Van Diemen.

Former British F3 champion and touring car ace Kelvin Burt will then take the seat for the Walter Hayes Trophy the following week.

Lewis’s squad will also run a 1978 Royale RP26 with a Kenny Acheson-inspired livery at the Hayes for Burt’s single-seater contemporary Warren Hughes.

Jonathan Lewis Racing ran Burt to runner-up to David Coulthard in the two 1989 junior FF1600 championships in the UK, and Hughes to a junior title double the following season.

JLR then fielded Hughes to the Formula Vauxhall Lotus runner-up position in 1991, when Burt won the title with John Village Automotive.

Burt and Hughes have been firm friends ever since, and now coach together for the W Series.

“It’s the oldgitsreunited.com division,” said Lewis. “I took the cars as part-exchange because I was selling, and I’ve always loved that era because I used to worship Kenny and Roberto.

“I thought, ‘What am I going to do with them?’ I’m too old and too fat, so I thought of entering them in the Walter Hayes for Kelvin and Warren.” 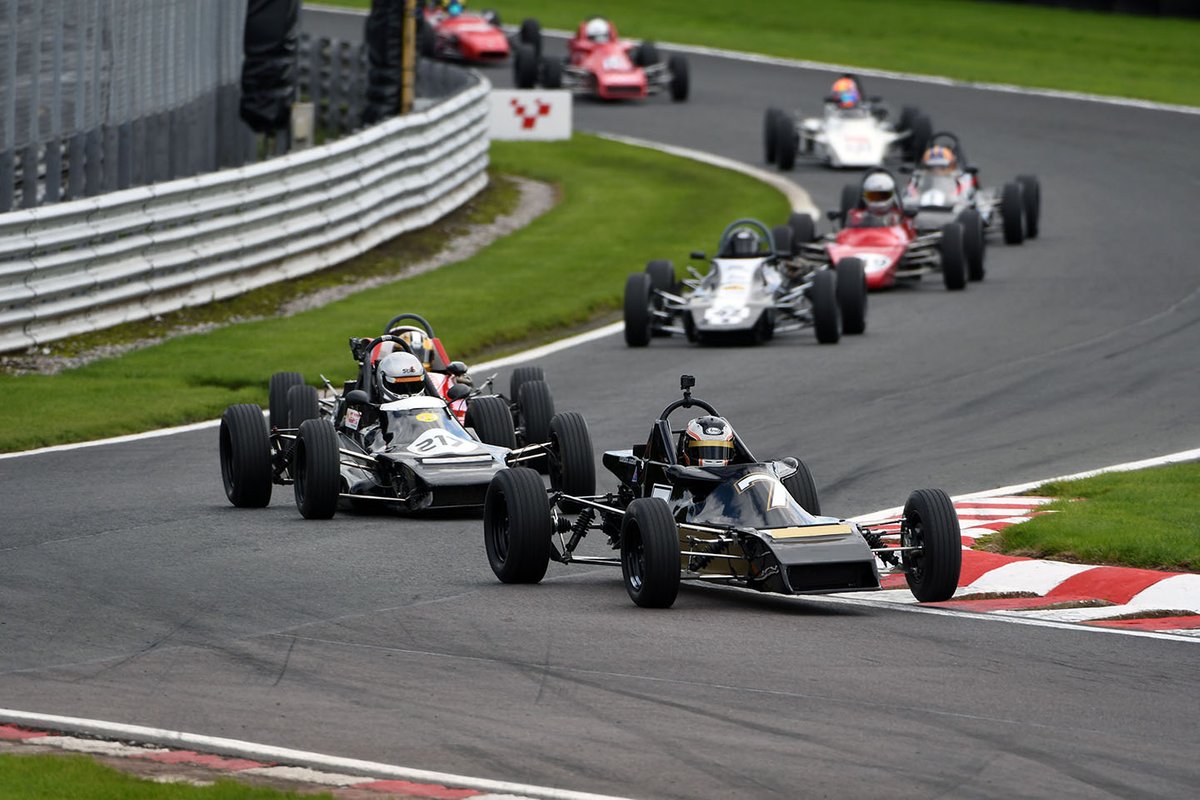 “I’m friends with Roberto and I copied him in with what I’m doing,” he added.

“Nobody ever bothered to replicate the Canadian Club brown [Moreno’s old livery], so that’s what I’ve done.

“Micky Galter was Roberto’s mechanic back then, so he’s running the car, and I’ve told Ralph Firman [Van Diemen founder] he’s got to be team manager.

“Roberto’s hot for it: he’s seen that Rick Morris [his contemporary] is still racing and that was it – we’re testing and everything!”

Lewis is happy that Burt is racing the RF80 as he is of a similar diminutive stature to Moreno, although that only came about because Hughes chose to race the RP26 in Acheson’s orange RMC livery.

“He chose it because it matches the colour of his hair!” he said.

More than 100 entries have already been placed for this year’s special 50th edition of the Festival and it will feature four heats to cater for the additional competitors.

As well as an extra heat, there will also be two progression races, two semi-finals, a historic final, a last chance race, and the grand final.

The historic final will be for the Brian Jones Trophy, in honour of the legendary commentator and Festival supporter, who passed away in January.

“The entries are sitting at over 100 and we’re really pleased with that,” said Peter Daly, chairman of the organising British Racing and Sports Car Club, who added there will be a total of 108 spaces to allow each driver to race at least twice.