While electric vehicles have appeared in international motorsport through championships such as Formula E and World Rallycross, and in UK national competition in rallycross, rallying and a range of grassroots disciplines, this is set to be Britain’s first dedicated fully-electric racing series.

It features a car with a steel chassis that has been designed and created by RSR Technology – a company co-founded by long-time Formula Ford builder Steve Wills.

The FF-E1 machine also features a halo and is built to latest FIA safety regulations, with it weighing only 550kg.

The car is powered by a bespoke electric motor and battery pack created by ECOClassics, which is headed up by Nick Mason – who previously led the development on Ford’s electric E-Transit van.

The 120kW power unit is set to produce around 160bhp and gives a 0-60mph time of under three seconds.

To give those opting to pay the £79,995 plus VAT asking price additional confidence in the product, all cars will come with a two-year battery and motor warranty.

Wills had initially approached the BRSCC with an idea for a low-cost, modern single-seater with a petrol-powered transversely-mounted engine.

But, after discussions between the parties, it was decided the car was the perfect opportunity to introduce EVs to the club racing world and modifications were made.

“Of course, there’s different viewpoints on electric racing, and EVs in general, but none of us can deny their growing popularity,” explained the BRSCC’s head of formulae development Greg Graham. 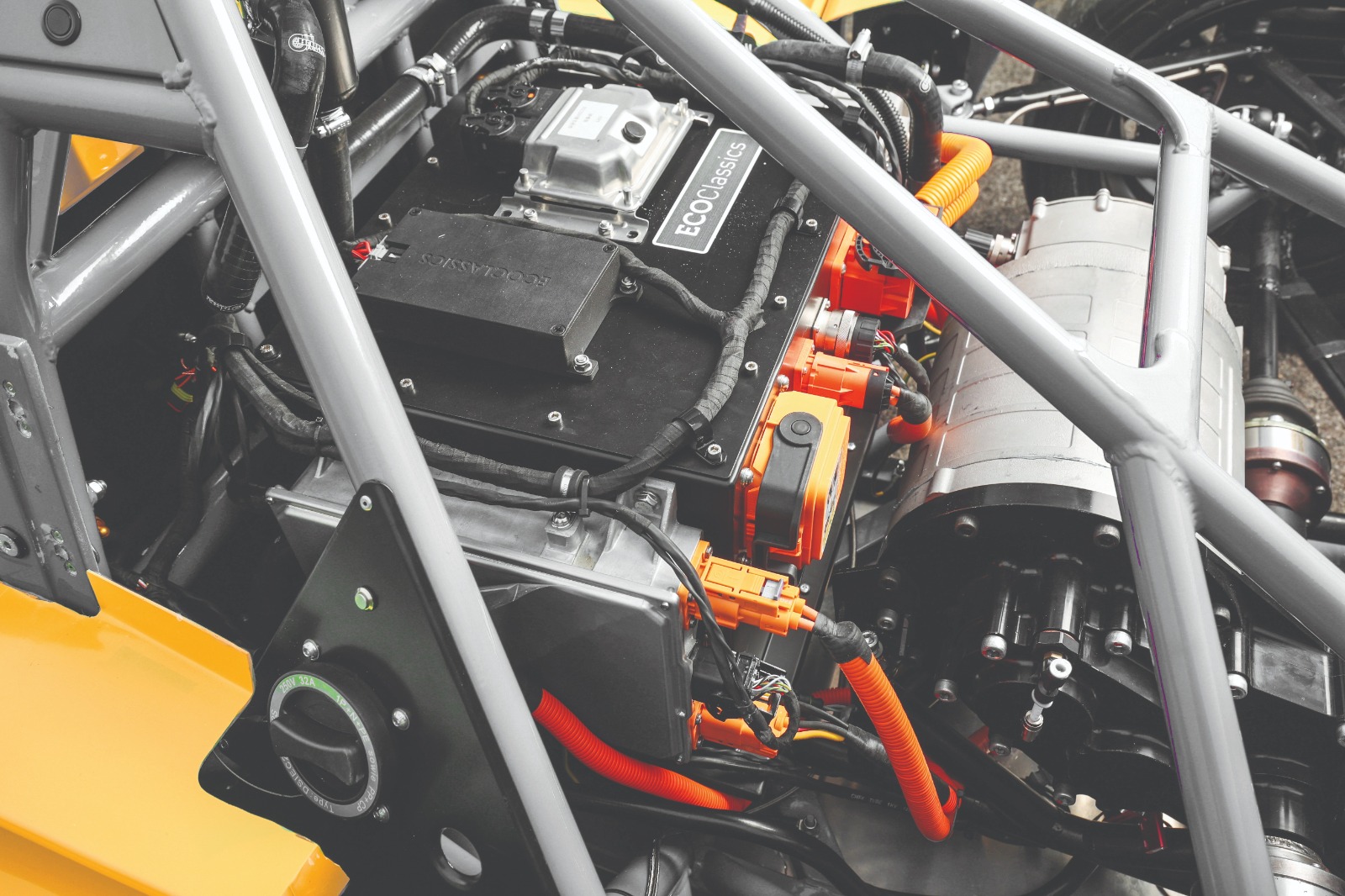 “But there’s nothing currently in the club domain that caters for people who want to race an EV – this is the first of its kind.

“The BRSCC as a club is focused on young drivers and bringing in new drivers to the sport.

“We see this product and category as a new category that will be attractive to young drivers who are growing up with Formula E as a norm and EVs as the norm.

Graham said it was vital that the car featured the latest safety equipment, pointing out that it has front and rear impact crash structures that exceed the FIA standards, alongside the halo and F1-style wheel tethers.

“A halo was right at the front of our thinking – it’s almost a prerequisite of any new single-seater,” added Graham.

Despite the relatively high initial asking price for the car, Graham believes running costs will be much lower than conventional single-seaters.

It is the plan for an initial run of six cars to be built and delivered to customers by April next year, with some “development races” being held towards the end of the season ahead of a full championship in 2024.

The car is set to make its public debut at the Brands Hatch Formula Ford Festival later this month, where it is due to complete a demonstration run.