Motorbase, which runs three Ford Focus machines in the BTCC, has recently scaled back its GT operations and boss David Bartrum said TCR could be an option.

"I am in the saloon car racing business, so I have to be interested in it," he said.

"We are at a point in our business where there is a vacant spot in Motorbase for a project.

"I watched the German series recently, it was a very busy grid, with lots of exciting racing.

"With TCR, there is a business model there, just like a GT car. You can use a TCR car anywhere else in the world. If you want to do Asia, or race in Germany, Spain, Portugal, you can.

"Cost-wise, from what I have seen on the cost of the cars and parts, etc, it makes strong commercial sense."

Any Motorbase TCR programme would take place alongside its BTCC commitments.

"We have got the manpower - we have the trucks, the facilities, the workshop and the paintshop - to put a second saloon car series into Motorbase quite nicely actually," said Bartrum.

"Bringing in a TCR programme would make us one of the big saloon car championship players." 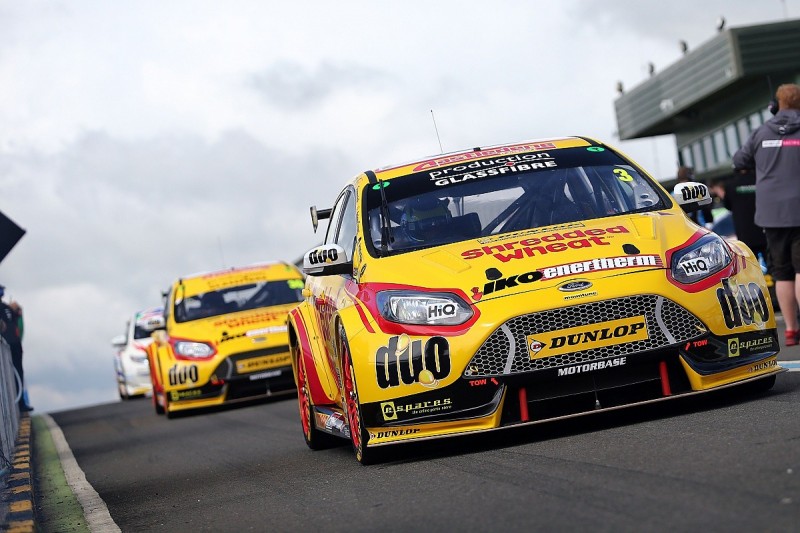 Tony Gilham's Team Hard squad has committed to a three-car TCR programme in collaboration with its BTCC backer Brisky Racing.

"I would imagine there will be between 24 and 30 cars in its first year based on the level of interest that we know about," said Gilham of TCR UK.

"It is a no-brainer, there is a gap in the market for it.

"It is not the BTCC, it is a feeder for touring cars.

"I think TCR is going to be big, I can't see it failing."

BTCC title contender Ash Sutton said TCR "seems to be working around the globe" but would "struggle" to surpass the TOCA-run series in the UK.

But the BMR Subaru driver added he would be open to a TCR programme alongside his BTCC efforts.

"If someone offered me a drive, I wouldn't let it take over what I do in the BTCC. If it was a sideline then maybe," said Sutton.