The championship will instead open with the Border Counties Rally in Jedburgh in mid-March.

The cancellation of the Mid Wales Stages comes amid an ongoing dispute over the fees to rally in Welsh government-run forests.

An independent campaign named Rally4Wales reached a deal with Natural Resource Wales - the government body tasked with taking care of Welsh government forests - to take over repair of the roads late in 2016.

But a misunderstanding over VAT costs means certain clubs, including Mid Wales organising club Newtown & District Automobile Club, will have to pay 20% charges on the road repairs carried out by Rally4Wales.

Rally4Wales and many clubs in Wales are working to alleviate the affects of the VAT rise, but it's thought that the narrow time frame between now and the Mid Wales event is one of the main contributing factors for curtailing the event. 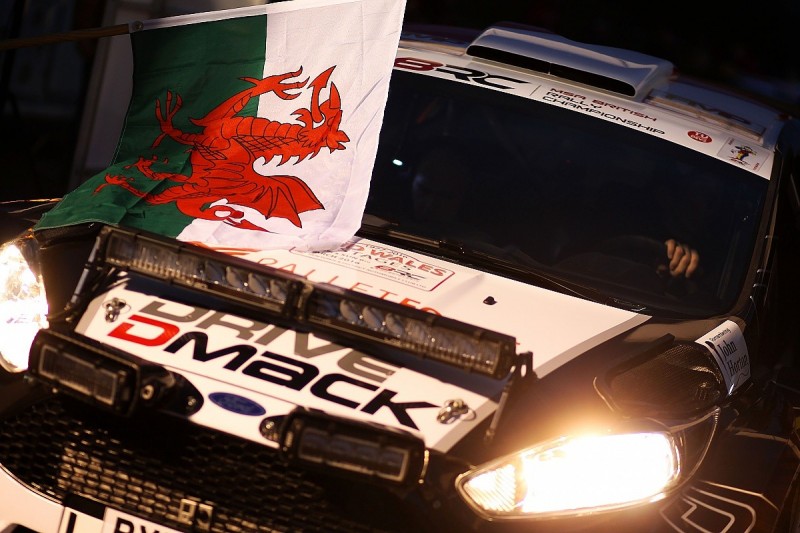 A statement from the NDAC read: "Following a meeting of Newtown & District Automobile Club Ltd's committee, it was decided that, due to the current financial uncertainties of running a forest stage event, the difficult decision to cancel the Grooms Garage Mid-Wales Stages 2017 had to be made.

"The club would like to thank all the competitors, officials and marshals who have helped to make the event a success over the previous years and wish all the best to the rallying community for 2017."

The Border Counties Rally that will step in is a round of the Scottish championship, and traditionally takes part in the northern reaches of Kielder Forest.

More details are due to be announced about the event and its new partnership with the BRC next Monday.

BRC championship manager Iain Campbell thanked the Border Counties for coming on board.

"We're disappointed in the Newtown & District Automobile Club's decision, but happy that the Border Counties Rally is joining the championship for 2017," he said.