The second car will be shared by 2008 British GT champion Jon Barnes and Mark Farmer, who move across from the 22GT Racing team after being podium-finishers this year.

Next year will be Adam's first British GT campaign away from the Beechdean AMR team.

The Scotsman lifted his first British GT crown this year alongside Beechdean head Andrew Howard after a points penalty robbed him of the championship in 2013, leaving Howard as a solo champion.

Factory Aston Martin Racing driver Adam said: "I know [team boss] Tom Ferrier quite well and the team has developed massively over the last 12 months, winning in the British GT finale at Donington Park [with Johnston and Matt Bell driving].

"Getting this deal done early means we have lots of opportunity for testing, so I'm delighted to get this sorted before the end of the year.

"The ultimate goal is to mount a title challenge and Derek certainly has the hunger and the ability to do that. I can't see why we can't be at the front from day one."

Barnes, who took the 2008 title alongside James Gornall in a Dodge Viper, added: "Although Mark and I had opportunities to show our pace this year we felt we could improve in all areas given the right help.

"We tested with TF at Donington Park and immediately felt comfortable and got down to some impressive times."

Adam is also hoping to join Andrew Howard for a campaign in the European Le Mans Series next year, and to rejoin the factory Aston Martin Racing squad for further World Endurance Championship appearances.

He contested five WEC rounds over the second half of this year in the #97 Vantage GTE alongside Darren Turner. 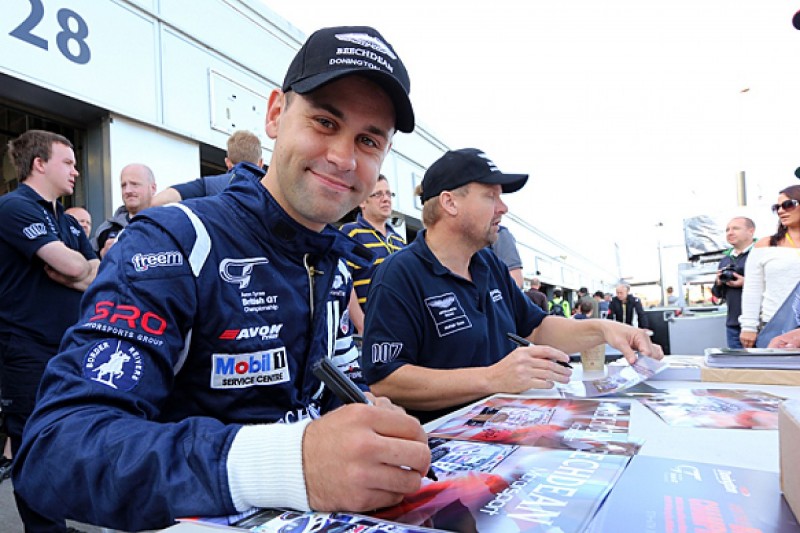