Despite there being just two circuit racing events over the weekend, there was a surprising number of changes to the top 50 winners' table, with Birley the highest-placed driver to improve their position.

He won both of the Classic and Modern Motorsport Club Southern's Super Saloons/Tin Tops races at his local Brands Hatch track in his Ford Escort WRC - although he inherited the second win after rival Nick Sutton was penalised having been found to have passed Birley just before a caution period ended.

The latest victories took Birley's 2021 total to 14, and meant he gained nine places on the leaderboard.

But Birley was not the only change inside the top 10 as David Drinkwater was also on the rise.

The Hot Hatch ace swapped his BMW Compact for a Citroen C1 for the special Race of Remembrance endurance contest at Anglesey and was part of a class-winning crew. That was his 13th success of the season and meant he gained 10 places as he moved to 10th.

Further down the leaderboard, 2013 British Touring Car champion Andrew Jordan was a notable mover after racing his father Mike's Mini Se7en. He surged 21 places up the table to 26th after taking three hard-fought class wins at Brands over former BTCC team-mate Jeff Smith.

However, there were fewer than the six required Se7en class starters in the final race, meaning only two of those victories counted towards Jordan's total - denying him the chance to move into 21st place. 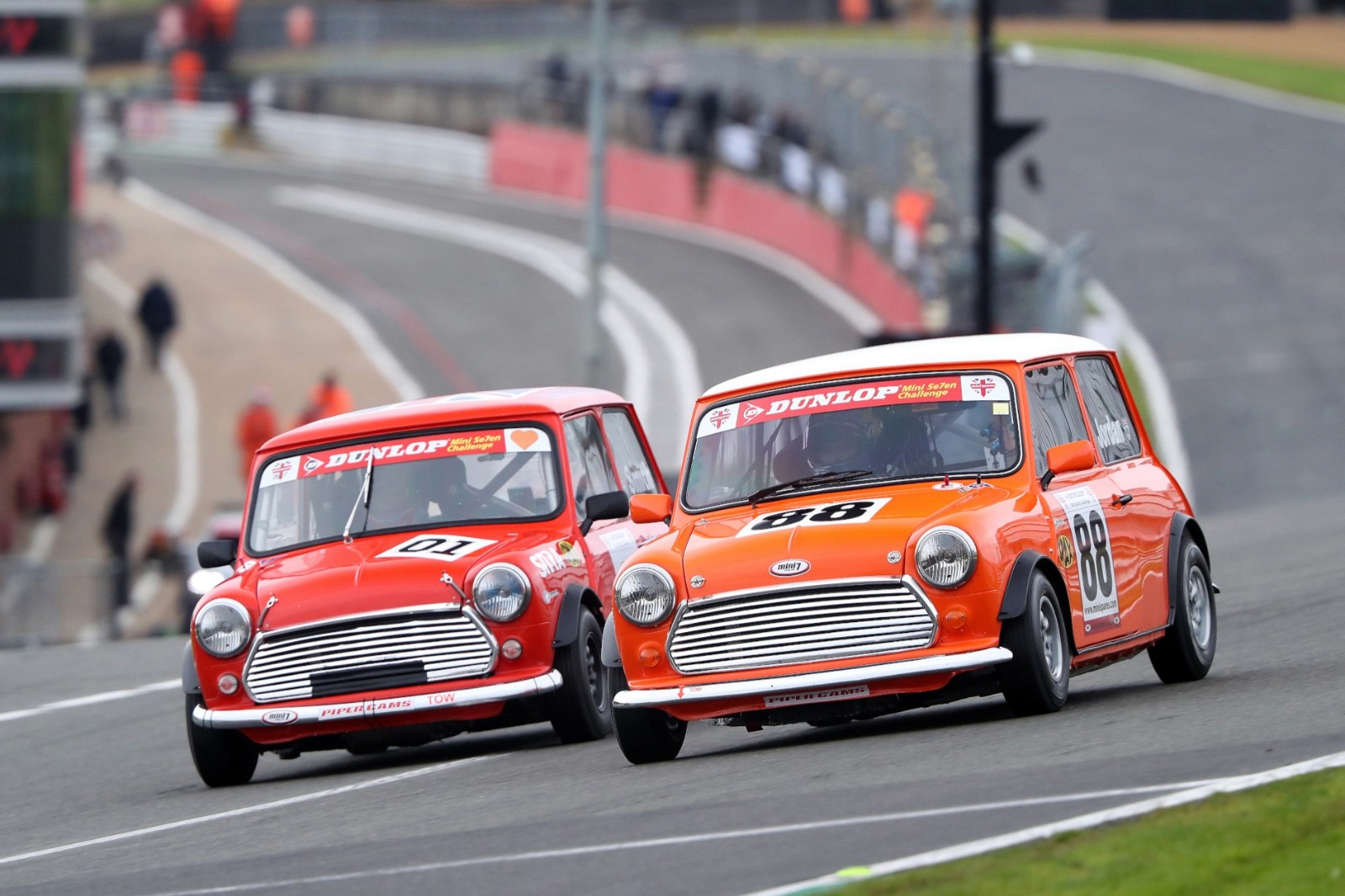 Jordan (right) and Smith scrapped fiercely in Mini Se7en contest, the former moving up to 26th in the leaderboard

Two other Mini 7 Racing Club competitors also improved their position after the club's winter races at the weekend.

Michael Winkworth took another Se7en S class victory to boost his placing by six positions to 21st, while Endaf Owens moved into the top 50 in 48th spot after winning two of the three races overall.

Oil pressure issues on his Miglia, however, meant he was unable to challenge Rupert Deeth in the opener and therefore missed out on the chance to move further up the leaderboard.