The 20-year-old was one of four finalists who took part in a shootout at Silverstone earlier this month where a number of driving, fitness and media assessments took place.

He has secured £85,000 towards his budget for each of the next two Porsche Carrera Cup GB seasons and will benefit from a wealth of opportunities and support from the manufacturer.

Smalley follows in the footsteps of fellow former GT4 Supercup ace Harry King, who claimed the Carrera Cup crown in his first year as the Junior last season.

Each of the past four Junior drivers have now won the championship during their two years on the scheme.

Smalley said he had "no expectations" for the shootout and just wanted to do his best, the news he had won therefore coming as a surprise.

"I didn’t think I would win it at all – it was just a pleasure to be selected in the final four," he told Autosport.

"I put everything on the table and was pretty happy with how I did.

"It’s a once in a lifetime opportunity to take part in it – I was a bit nervous but more excited. 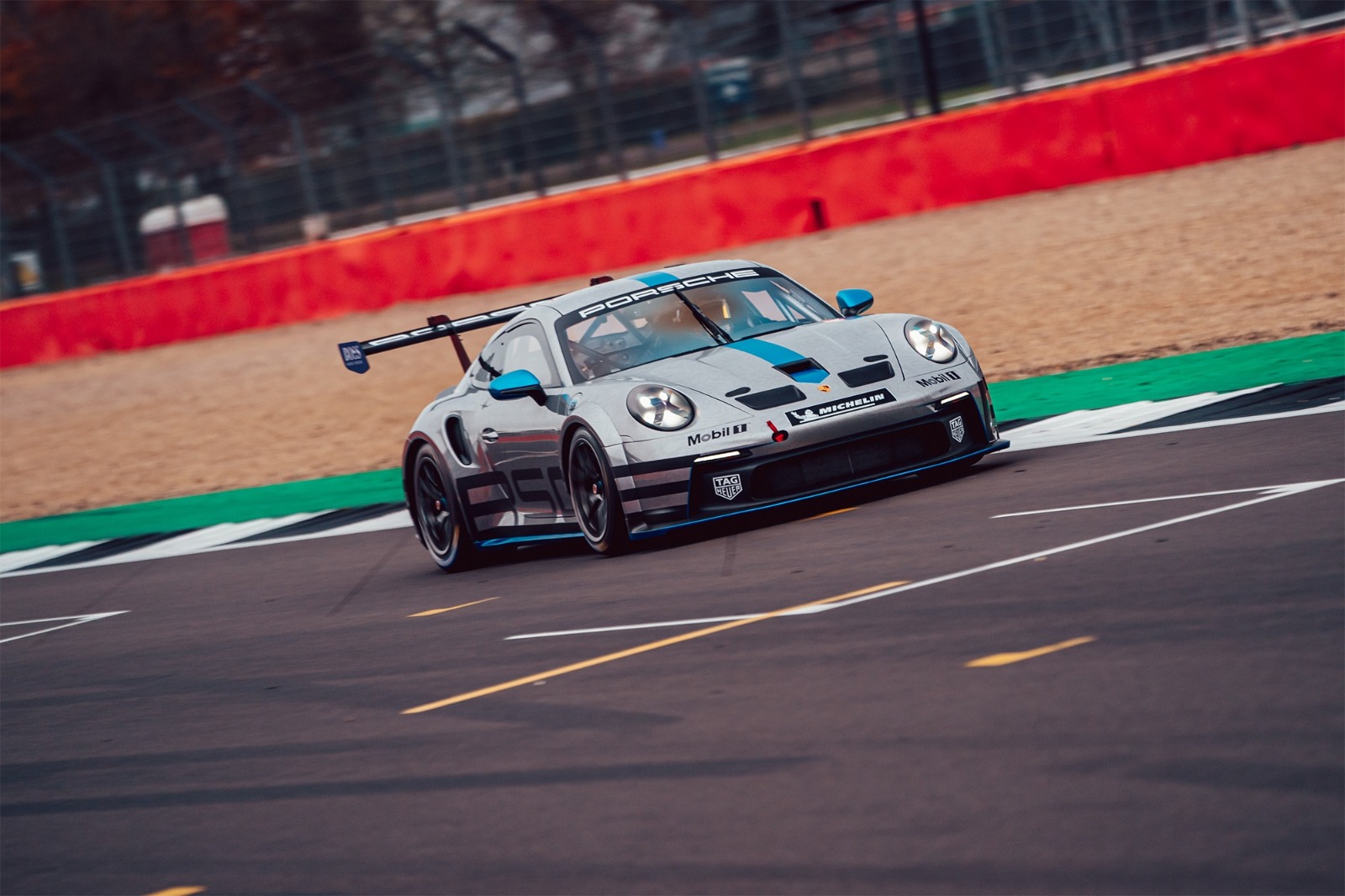 "The worst bit was on the way home having to wait a few weeks to find out the result!

"I’m very grateful for the opportunity and I would like to make the most of it and get out in the car as soon as possible."

Over 50 drivers initially applied to become the next Junior with these being whittled down to 12 who were invited to take part in an interview. Four of those drivers were then chosen for the final.

Porsche GB motorsport manager James MacNaughton added: "All four drivers put in very impressive and determined performances on the day, proving to us that they really wanted to be the Porsche Carrera Cup GB Junior for the next two years.

"Our decision process was as difficult as always, but Adam emerged ahead. However, we’re certain that Gus, Theo and Alex are all capable of impressing in Porsche Carrera Cup GB and we hope they join the grid in future.

"I am confident that Adam will thrive as he sets out to replicate the success of his Porsche peers and to act as a Porsche GB ambassador.

"We’re certainly excited to help enhance Adam's already exceptional skills both on and off the track during the next two years."