Junior single-seater powerhouse Arden Motorsport will join the BRDC British Formula 3 Championship next season, taking the total number of teams in the series to 10.

The Banbury-based outfit is run by Garry Horner, father of Red Bull F1 team principal Christian, and has an illustrious history in UK and international single-seater racing since it was founded in 1997.

In the UK it has competed in British F4 since 2015, winning the teams' title in 2018, and on the international stage has competed in categories such as Formula 3000, GP2 and F2.

It will join the British F3 Championship which has been running under its current guise since 2016, and next season will hold 24 races across eight rounds at circuits including Oulton Park, Snetterton, Brands Hatch, Silverstone, Donington Park and Spa.

"It's a great championship, and one we've monitored for a while now. It sits perfectly between our other programmes, giving drivers the opportunity to graduate from British F4 into BRDC F3, and then onwards to Formula Renault.

"The British GT package is a very appealing one for sponsors, with excellent live coverage, and it means our UK-based teams now run at the two largest national events, which helps drivers at this stage of their careers when they're starting to build a name for themselves. 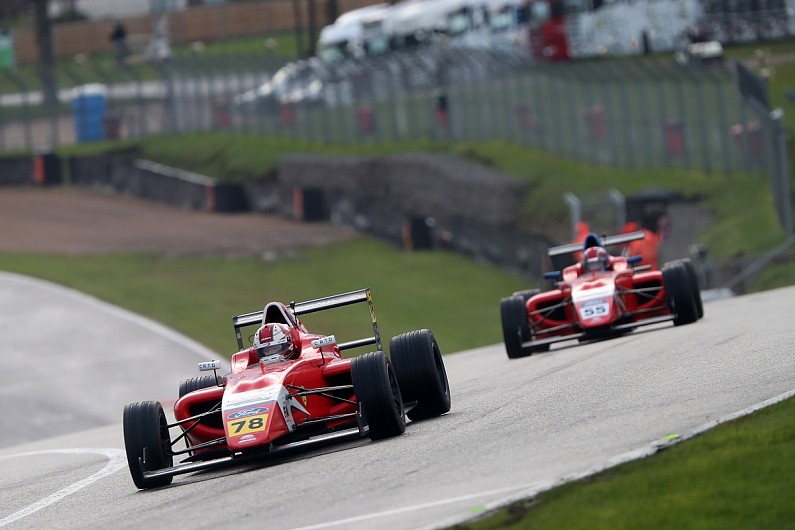 "It also offers opportunities for development for our in-house engineering staff as they scale the ladder, which is something else we're very proud of.

"We're really excited to continue our winter testing programme, as well as start to unveil our driver line-up in due course."

Arden becomes the second squad to join the British F3 Championship in recent months, with Elite Motorsport - most well-known for dominating Ginetta Junior - taking the place of Lanan Racing for 2021.

MotorSport Vision, Jonathan Palmer's organisation which operates the series, recently announced that next year's British F3 champion would be given a two-day test in an FIA F3 car to help them progress up the motorsport career ladder, and that a teams' championship would also be introduced.

Fortec has been the first team to confirm a driver for the 2021 season, with Brazilian Roberto Faria returning full-time with the squad having competed at certain rounds this season - taking a best result of second at the Silverstone finale.