Hedley, who has finished on the podium in 18 of 24 races, held a sizeable 60-point margin over nearest challenger Zak O'Sullivan at the start of the weekend, with the remaining three races offering a total of 109 points.

After securing pole position, a win for Hedley would clinch the title regardless of where O'Sullivan finished, provided O'Sullivan didn't get the point for fastest lap.

He led from start to finish, closely followed by quick-starting team-mate James Taylor, as O'Sullivan could only manage fifth from seventh on the grid. 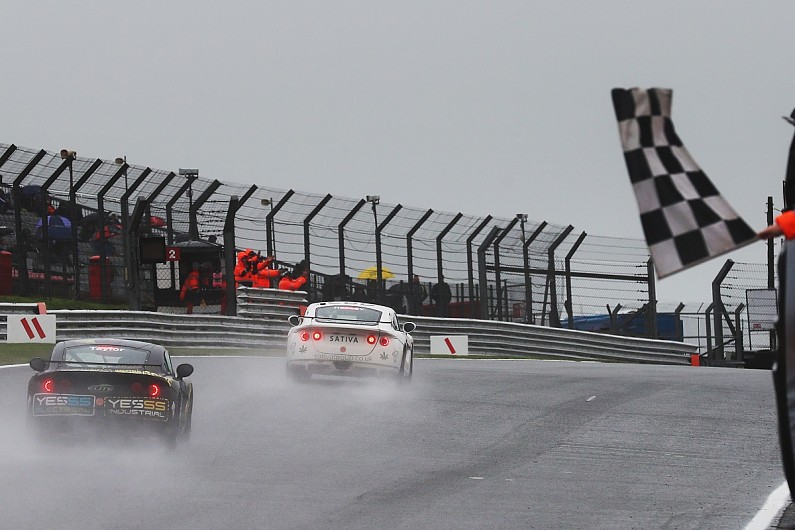 "I think we had to come top 10 in every race to win [the championship but] it's great to win it with an overall win."

Hedley has led the way in the championship since the opening weekend of the season on the Brands Hatch Indy circuit when he claimed two podium finishes, the second a storming recovery after an early spin.

The 2018 Winter Series champion followed that up with three wins at the next two meetings at Donington Park and Thruxton as he built a commanding lead over top rookie O'Sullivan.

A gearbox failure for Hedley at the championship's second visit to Thruxton offered a glimmer of hope to his pursuers, but he hit back with a stylish double win at Knockhill in Scotland before consolidating his advantage in the penultimate meeting at Silverstone.

R Racing's O'Sullivan has also impressed in his maiden season of car racing, while Richardson Racing driver Will Martin's challenge was thwarted by inconsistency - he has taken the most wins but a number of low scores through incidents and mechanical dramas have proved costly.

Hedley is now targeting a graduation to single-seaters in 2020.

"Hopefully I'll do some testing from now onwards, see what I like and see what I want to do," he said.

"Hopefully I've got a Formula 4 test and maybe a Formula 3."