Edwards won the three events leading up to this weekend's rally in his Ford Fiesta R5, but carried an extra wheel and spare parts on Friday's Rally GB stages in a bid to remedy any potential issues.

He had been lying second in the championship before he had to stop to repair a puncture on the Brenig SS8, which cost him just under three minutes.

But with the event being split into two legs - Thursday/Friday and Saturday/Sunday - he needed to end Friday in fourth to take his first title.

The day was not straightforward - allied to the puncture, he had a bizarre issue with the branding on his car during the morning loop.

"The BRC sunstrip tore off and went into the roof vent in Penmachno," Edwards explained.

"It's very important because my glasses steamed up!

"The glasses went first and then the window steamed up halfway through. All of a sudden you get very claustrophobic.

"You can't see out of the windows, then you feel hot and then everything is not very nice inside the car." 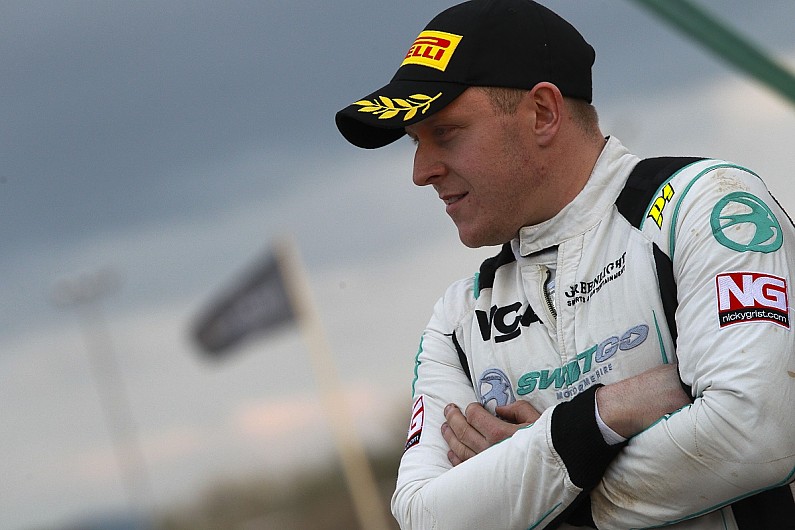 Edwards was the top championship finisher on the Pirelli Rally, Ypres Rally and Ulster Rally, with the Border Counties Rally, which was due to take place at the start of the year, cancelled due to bad weather, and the Rally Isle of Man - pencilled in after the Ulster event and before Rally GB - also lost due to road closure permit issues.

It is Edwards' second full season in the BRC. He is backed by Swift Caravans boss Peter Smith, who helps Edwards with a huge portion of his budget.

"I've been watching and spectating on the events for years, I'm a big supporter of the British Rally Championship and to come and win it means a massive amount.

"There's been ups and downs and things I don't want to talk about ever again, but it's just an amazing feeling to tick the box and the top of the list."

David Bogie was one of the three drivers - alongside Rhys Yates and Alex Laffey - capable of stopping Edwards taking the title.

Despite running further back on the road, CA1 Sport Skoda Fabia R5 driver Bogie fought among the WRC2 regulars, and ended the day as the fifth R5 car in the order overall on the event in 15th.

But it was not enough to prevent Edwards' clinching the crown.