NASCAR has not raced on a dirt track since 1970 in North Carolina, but Cup drivers such as Chip Ganassi Racing's Kyle Larson have calendars that include racing on dirt tracks in sprint cars.

Full-time Cup driver Ryan Newman will drive in Wednesday's Eldora dirt track race, which has become an increasingly popular event since Stewart bought the circuit in 2004.

It will host the third-tier of NASCAR Racing, the Truck series, for the sixth consecutive year in 2018.

Stewart believes Eldora's success in hosting NASCAR races means it should now be considered for the second-tier Xfinity series as a trial run for a Cup race down the line.

"Maybe one of these days we'll get an Xfinity or Cup race here, we have proven you can run the vehicles here," Stewart told NASCAR SiriusXM radio.

"We have proven that the truck drivers who have never been on dirt before can get around the track really well.

"If a truck can get around here, then an Xfinity or a Cup car can too. Who knows?

"I never dreamed we would have a NASCAR Truck series race here, and maybe the dream will start that we can get an Xfinity or Cup race here in the future too. 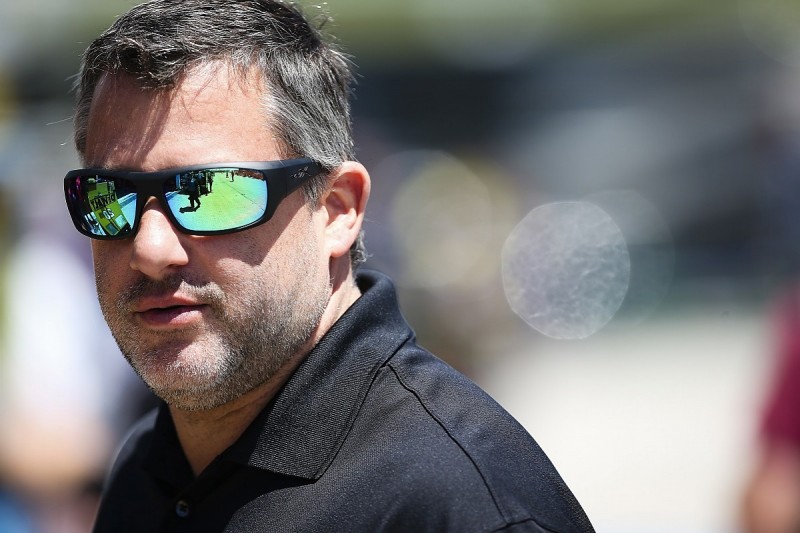 "Fans, if you're out there, think about starting to put some pressure on NASCAR.

"I think we need to get an Xfinity race and if we can get and it was successful, then maybe one day we can get a Cup race at Eldora and that's something I think everybody would want to see.

"We need to start putting pressure on NASCAR for an Xfinity race."

Stewart's comments were backed by the retired Dale Earnhardt Jr, who tweeted his support and suggested he would happily enter his Xfinity JR Motorsports team if the Xfinity series went to Eldora.

Penske's Brad Keselowski took to social media and said he would not be against the top two tiers of NASCAR racing at Eldora, but that the tyre compounds would need to be altered to make the racing successful.

Keselowski has been negative towards tyre supplier Goodyear in the past, notably criticising the make when he perceived it to have ignored his advice for a new compound during testing at Michigan.

When calling for NASCAR's schedule to be "shaken up", Kurt Busch cited Eldora as a venue where the series could host a midweek race.