Harvick led 214 of the race's 367 laps but a string of slow pitstops meant he lost a total of 17 places in the pits during the event.

He could only recover to second behind Martin Truex Jr.

"The guys in the garage and at the shop continue to do a great job, and we continue to give it away on pit road," said the 2014 Cup champion.

"We have championship cars and we're just mediocre on pit road.

"You have a couple of good weeks here and there and every once in a while you just put together a day, but they just can't put together a whole day on pit road right now.

"You get in a position to win races, and they continually step on their toes and don't make it happen." 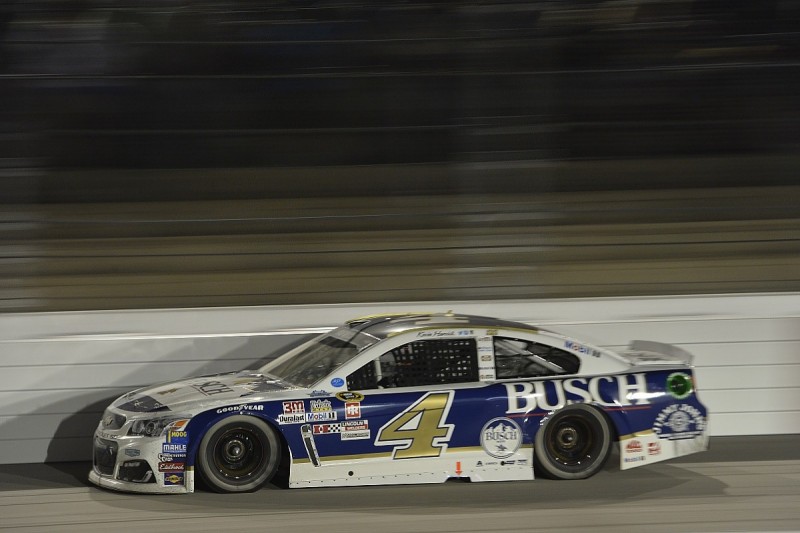 Asked if he felt he had a 'cheerleader' responsibility to support his crew in those circumstances, Harvick replied: "I'm over being a cheerleader.

"Those guys get paid a lot of money to perform on pit road, and cheerleading hasn't really been working.

"You've got to get after it on pit road and do your job."

Harvick's crew chief Rodney Childers told the official NASCAR website a component failure in one of the wheelguns was part of the issue at Darlington.

Though Harvick leads the points standings heading into the final race of the regular season at Richmond this weekend, he is not top seed for the Chase as Brad Keselowski and Kyle Busch have taken four race wins to his two.