Kenseth will make his return to Roush at Kansas this weekend, but his shared-drive programme for the rest of the campaign had not previously been announced.

After his Kansas outing, Kenseth will make a further six appearances in the team's #6 Ford at Charlotte, Michigan, Indianapolis, Dover and in the final two rounds of the season at Phoenix and Homestead.

The 46-year-old scored his last win for Roush at Kansas in 2012, while he notched up the most recent of his 39 Cup series victories at Phoenix last year (pictured below). 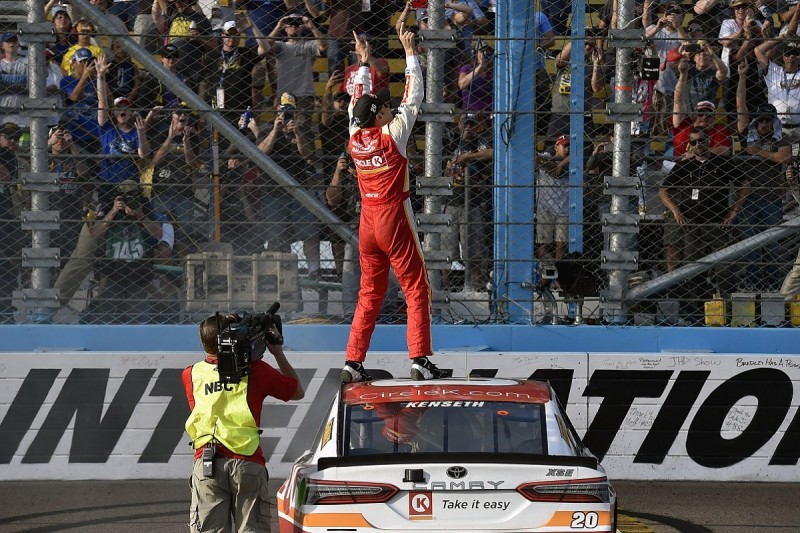 Kenseth has a combined total of 13 wins at the seven tracks he will race at on 2018, including three wins at both Michigan and Dover.

"I'm really looking forward to getting back to the track this weekend," Kenseth said.

"Kansas is one of my favourite race tracks, and I'm really excited to get in the #6 car for Jack [team owner Jack Roush]."

Kenseth spent the majority of his NASCAR career with Roush - with which he won the 2003 title - before switching to Joe Gibbs Racing in 2013.

He left JGR at the end of the 2017 season, and had no deal in place for '18 before Roush offered him the opportunity to contest select events.

Trevor Bayne, who has driven for the team since 2015, is scheduled to drive the #6 at all remaining rounds.