Bowyer had climbed into the lead after a woeful start, which included a penalty that sent him to the rear of the field for a loose wheel violation.

He started stage two in fifth after some set-up alterations and made his way into the lead in the final stage with 103 laps remaining.

Rain caused a lengthy delay 19 laps later and he held the lead on the resumption of the race after the leaders stopped for fuel and tyres with 75 tours to go.

But Bowyer, who finished second, said it was clear he was under threat when he returned to the track ahead of Harvick.

"Clearly, Kevin was up front and was the car to beat most of the day," said Bowyer.

"[That last pitstop] was our first shot at tyres and taking off in clean air. It makes a big difference.

"When you're back in dirty air mired in traffic, like we were most of the day, it's tough.

"The car took off and it was turning really, really good and I knew it really needs to be tight and work into that.

It took 13 laps for Harvick to finally size up a successful pass, before he pulled clear to win by a margin of seven seconds.

Bowyer admitted that in hindsight he should not have taken a pitstop after the rain delay.

"Sure enough, I just got way, way too loose," he said. "It's fun to be running like this again and competitive and upfront and in the limelight.

"If I had the day to do over again, I'd have liked to have not had that pitstop and had some runs in clean air and be able to adjust your car that way.

"All day long we were adjusting to according to where we were and that was mired in traffic."

Harvick in a 'different league' 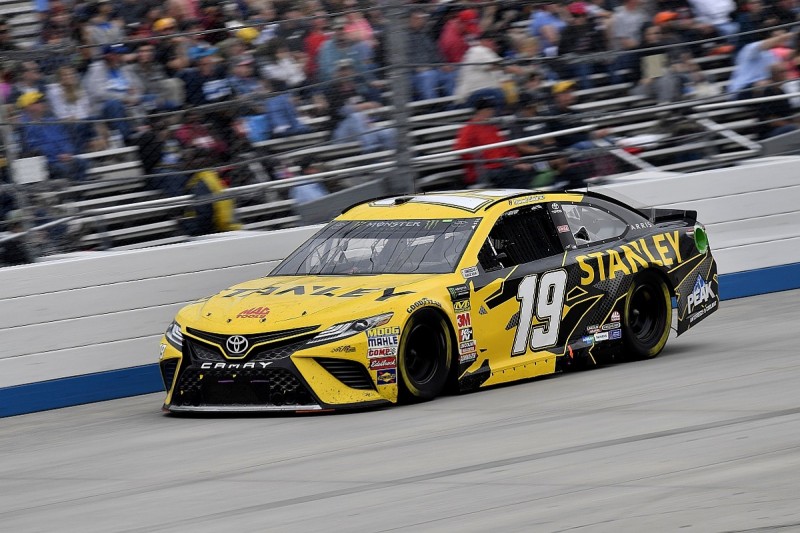 Daniel Suarez tied his career-best Cup result with third behind SHR pairing Harvick and Bowyer, but the Joe Gibbs Racing driver said he had little chance of catching the pair ahead.

"The #4 car [Harvick] was in a different league," said Suarez. "Normally if you can run in the top-five, you can have a shot any time with those crazy restarts and stuff.

"By the end of the race, I felt like we were right there at the end for sure we had a top-five car.

"Just like Clint [Bowyer] mentioned, when you're in the front the car just came alive, for whatever reason."