Kimi Raikkonen didn't rule out making further appearances in the NASCAR Cup Series after the 2007 Formula 1 champion was eliminated in a crash on his debut at Watkins Glen.

The Finn was entering his first competitive event after retiring from F1 at the end of 2021, and from 27th on the grid his Trackhouse Chevrolet progressed into the top 20 early in the wet early phases of Sunday's race.

As the track dried, he was on a strategy that would allow him to progress inside the top 10 at the start of the second stage. He held his own and ran as high as eighth until his next green-flag pit stop dropped him to 28th.

But it all went wrong when racing resumed for the start of the third stage. Raikkonen's Trackhouse team-mate Ross Chastain made contact with Austin Dillon at the Inner Loop chicane, sending the 2018 Daytona 500 winner spinning.

The stack-up resulted in contact between Loris Hezemans and Raikkonen, who went careening nose-first into the barrier to the left-side of the track.

"I thought I had a good line there but everybody seemed to come (to) the left, unfortunately I had no time to react," explained Raikkonen, who was classified 37th.

"The first impact, somebody hit the tyre or the wheel directly and the (steering) wheel spun. There is something wrong with the wrist, but that's how it goes."

Despite the early exit, he enjoyed his time behind the wheel of a Cup Series car, saying it was "good fun".

He then added: "I felt more confidence all the time and had some good battles. 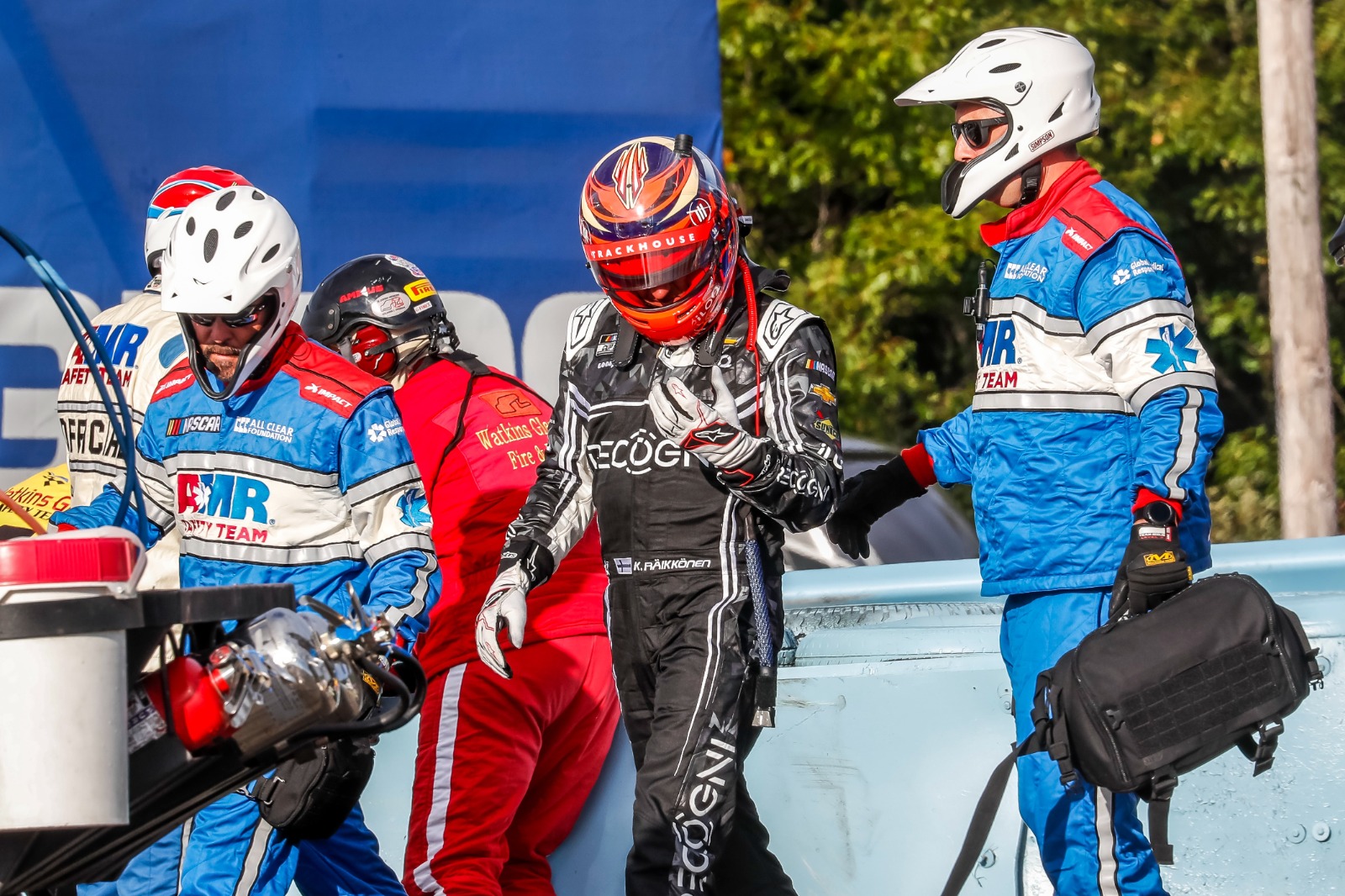 "It's a shame. The car felt like it had a lot of speed in there but that's how it goes sometimes."

When asked if he would try NASCAR again, Raikkonen would not rule it out, stating: "We'll see. I don't know."

After qualifying, Raikkonen had said his NASCAR outing was motivated by fun, and that he didn't have anything to lose by pitching himself against the Cup regulars.

His fellow ex-F1 racer Daniil Kvyat, one of four drivers had to start from the rear due to unapproved adjustments, was classified 36th on his second NASCAR outing with Team Hezeberg's Toyota, while 2010 Le Mans 24 Hours winner Mike Rockenfeller finished on the lead lap in 30th on his first outing in the Spire Motorsports Chevrolet.