The new track will join the calendar next year and will be the first time NASCAR has run three road courses in a single season, with Charlotte to be the first utilised in the playoffs.

It will be NASCAR's longest road course race at 312 miles in duration, and will use an 18-turn course that includes most of Charlotte's traditional oval.

Truex says he has never driven a track like the new configuration before.

"It's just a unique track," he said. "I don't know that I've ever run on anything like it.

"There's all kinds of craziness going on."

Truex highlighted the opening corners as "intimidating" and has already spoken with speedway president Marcus Smith about the addition of further walls and tyre barriers for the course.

"Turns 1 and 2, pretty wild, narrow, concrete walls on both sides - it's a little intimidating," he said.

"There were a lot of spots that made me a little nervous yesterday but I'm getting more used to them now." 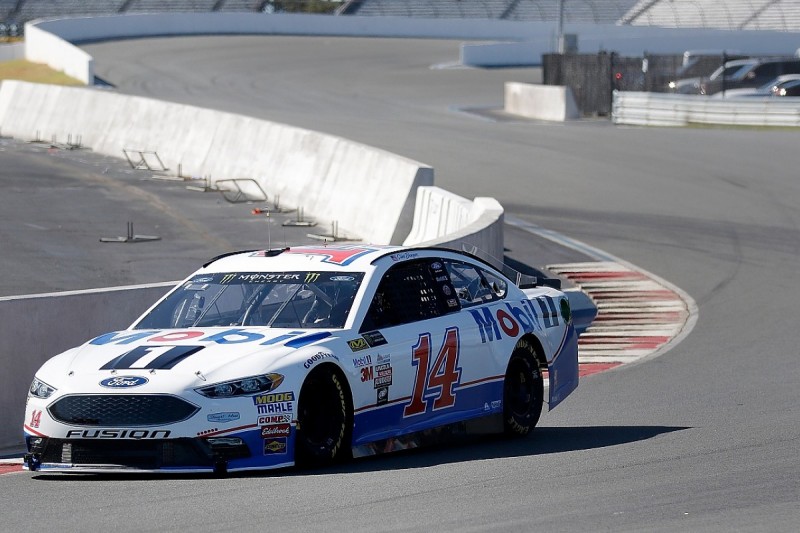 Busch says that the track is not the finished product, but that it reminds him of Sonoma more than Watkins Glen.

"There's a lot of things moving and shaking and we'll continue to refine it," he said.

"The speeds are much slower on the infield section than we anticipated and the oval is wide open all the way through there.

"Ideally, you can treat the oval like a straight and focus on the infield section to find your grip.

"There is no room for taking a break, or having a deep breath down a straight.

"Literally, as soon as you're in high gear off Turn 4, you're into a chicane.

"As soon as you're back up through the gears in Turn 4 and get to fourth-gear and wide-open, you're downshifting and back on the brakes to go into the front-stretch chicane.

Goodyear and the teams were said to be testing to find a road course set-up suitable for the track and to evaluate the tyres used at Watkins Glen for their Charlotte suitability.