Reigning champion Reddick - who has already secured a Richard Childress Racing Cup Series seat for 2020 - and Custer made slight contact after a late-race restart, sending Stewart-Haas racer Custer into the outside wall.

Reddick would go to finish second to race winner Brandon Jones while Custer was forced to settle for 11th.

Afterwards, Custer went over to Reddick to have a discussion and the two began shoving one another.

"I was just frustrated that he couldn't keep his car on the bottom and then runs us up into the wall," Custer explained to NBC Sports.

"If he wants to wreck cars and put them in the wall, that's fine, but when it affects me, I'm not going to be very happy with him.

"I just went over to talk to him and he put my hand on him, and he just went berserk.

"I thought we had a good car and a shot to win."

Reddick said he understood Custer's frustration at his result and shrugged off the scuffle.

"We're trying to lock ourselves into Homestead [the title decider], and he came up to talk after the race and he put a hand on me, so I put a hand on him back.

"That's just how it's going to be if we're going to have a conversation that way.

"I'm out of breath. Had a fight there with some people and it was a little bit of fun. 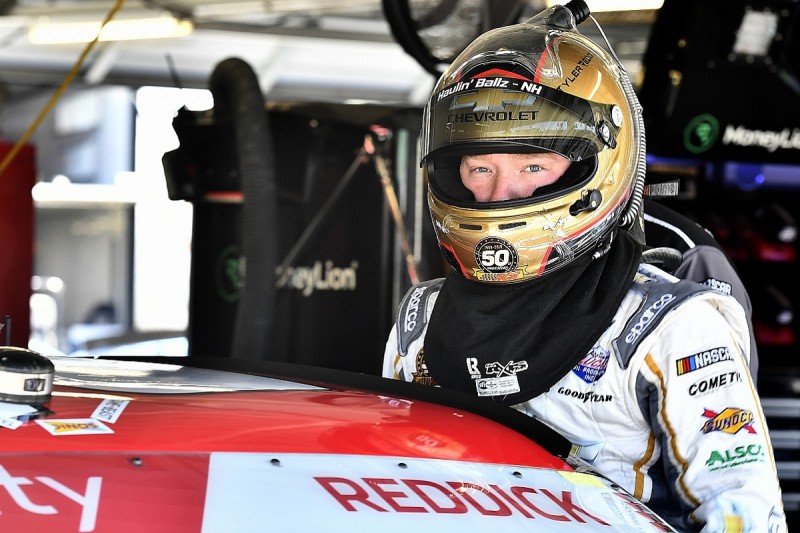 "Not the end of the race I was looking for.

"I think a lot of Cole and his driving ability. Just heat of the moment, we're pissed off. I'm sure we'll talk about it here soon, maybe have a beer over it."

Kansas was the first event of the three-race 'round of eight' stage of the Xfinity Series' title playoffs before the four-person title shootout at Homestead.

Custer and Reddick are currently second and third in the championship standings behind Joe Gibbs Racing's Christopher Bell, who was only 12th at Kansas after a collision with Chase Briscoe and backmarker Garrett Smithley.

Like Reddick, Bell already has a 2020 Cup seat secured - in his case with the JGR-affiliated Leavine Family team.