NASCAR Sprint Cup Chase: Who can and can't make it at Richmond

Saturday night's Richmond race marks the 2016 NASCAR Sprint Cup Chase cut-off, deciding the 16 contenders fighting for the title in the 10-round run-in

That means it's 'squeaky bum time' for the drivers only just in the running, but getting that golden ticket into the playoffs is proving more complicated than usual this year.

WHO IS ON THE BUBBLE? 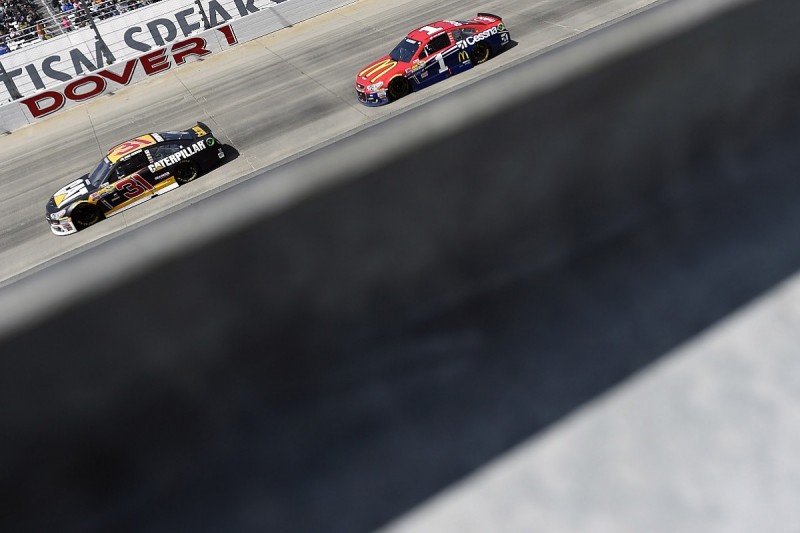 With 13 drivers having won races, three spots currently exist for the top-scoring non-winners.

Chase Elliott, Austin Dillon and Jamie McMurray occupy these and only Ryan Newman and Kasey Kahne have a mathematical chance of ousting any of them.

But there's a joker in the form of shock Pocono victor Chris Buescher. Even drivers who have won have to be in the championship top 30 to make the Chase, and his tough rookie season with Front Row Motorsports leaves him only just in that position.

(Incidentally, Buescher's team-mate Landon Cassill is 10 points ahead of him in 29th. An early 'retirement' from Cassill on Saturday could be handy...)

If Buescher doesn't stay in the top 30, Newman becomes the man on the Chase bubble and is a more realistic target for Kahne to overhaul. Next man back Ryan Blaney is 47 off Newman so out of the hunt points-wise regardless of Buescher.

WHO WILL GO THROUGH ON POINTS? 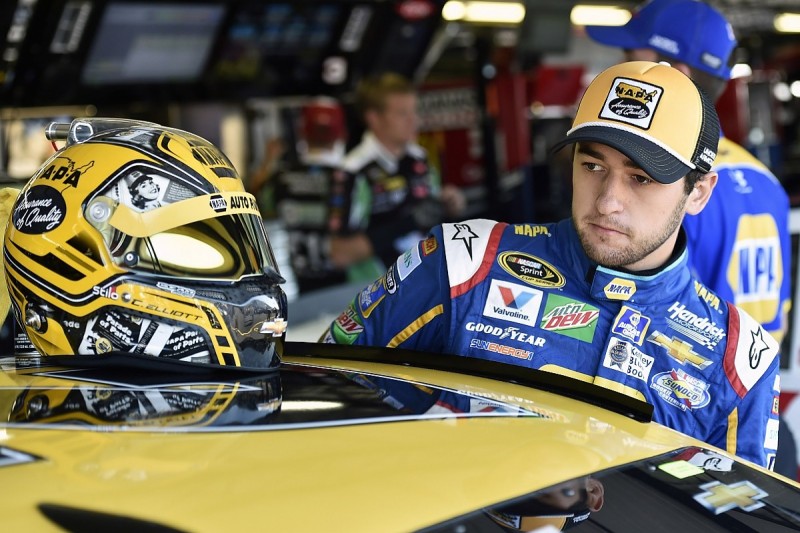 The form card suggests Elliott and Dillon will have no trouble hanging on to their positions.

Jeff Gordon's rookie replacement Elliott has been superb all season and and nearly won at Michigan. It was only a moment of inexperience that scuppered his chance as he slipped to second at the final restart. He's Hendrick's top scorer right now - three ahead of Jimmie Johnson! - and is a more or less a dead certainty for the Chase.

Expect Dillon to be on the Chase grid too after a consistently strong season with a best result of third at Talladega.

Ganassi's form makes McMurray relatively safe too, and the 15-point penalty Newman received for a bodywork infringement at Darlington was a gift from above - taking the gap between them up from a worrying seven to a more comfortable 22.

WHO NEEDS A VICTORY? 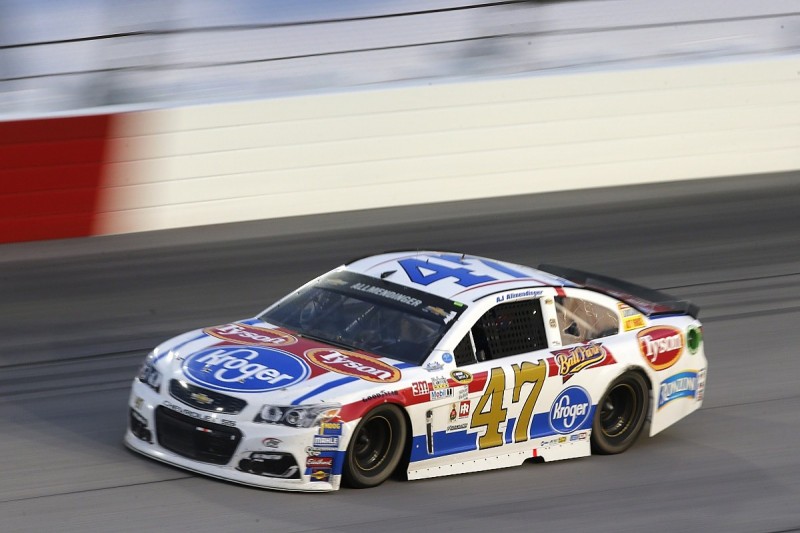 There's still time for someone outside the Chase spots to become the year's 14th winner and push McMurray out.

For Newman and Kahne, a win is a must and the likes of Blaney, AJ Allmendinger and Trevor Bayne will be thinking likewise now they can't make it on points.

Past race winners Paul Menard, Greg Biffle, Aric Almirola and Clint Bowyer are all outside the top 20 in the championship too. And then there are real wildcards such as Ricky Stenhouse Jr and Danica Patrick.

The best bet for any of these drivers is to focus on a long-run set-up, stay on the lead lap and hope to get to the front if others pit in late yellows, then make their car very wide. Shock wins are certainly possible at a wild short-track such as Richmond. 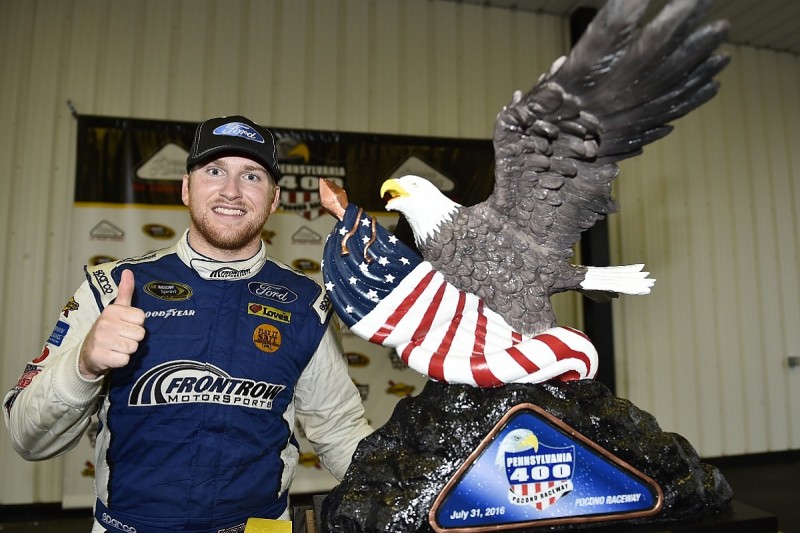 Yes. Shock wins aside, the most likely change to the Chase line-up is Buescher being edged out of 30th.

It was an extremely lucky win at Pocono but credit where it's due, Buescher anticipated the red flag and stuck his car at the front by the time the race was called officially.

What the Front Row Ford has lacked in speed though, its driver has made up for in determination. He scored a brilliant fifth at Michigan and followed this up with 17th at Darlington.

But if he does make it, don't expect him to go further than the opening Challenger round. 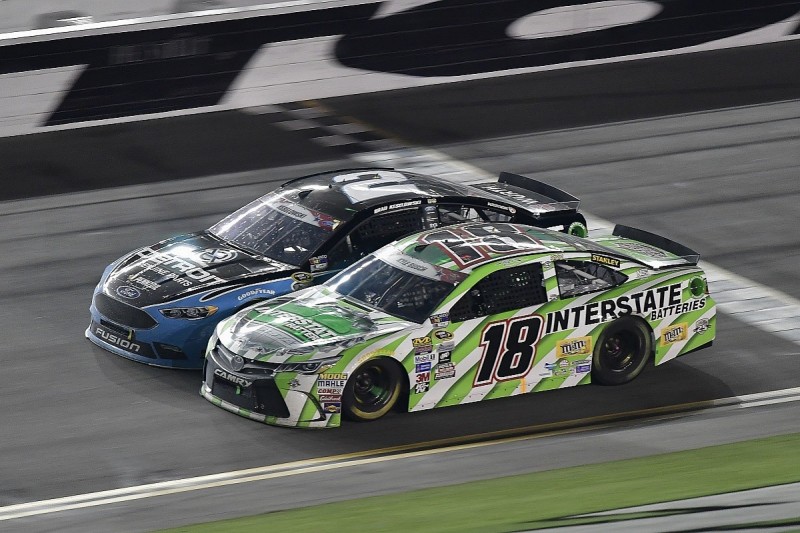 The usual suspects have all stamped their tickets into Chase with reigning champion Kyle Busch and Brad Keselowski up front on four wins apiece.

Kevin Harvick has dominated at times as usual, while Kyle Larson is hitting his stride after his maiden win a fortnight ago. Denny Hamlin and Martin Truex Jr are also on form at the moment.

Round of 16: Chicagoland/New Hampshire/Dover
Winners of those races and rest of top 12 in points go through, bottom four eliminated

Round of 12: Charlotte/Kansas/Talladega
Winners of those races and rest of top eight in points go through, bottom four eliminated

Round of 8: Martinsville/Texas/Phoenix
Winners of those races and rest of top four in points go through, bottom four eliminated