NASCAR: New-for-2017 stages format has brought out best in drivers

At the beginning of the year NASCAR controversially revamped its races by deciding to split them into three segments, with the top 10 in each stage on the road scoring championship and playoff points.

The new format has aided the title challenge of the top two drivers in the standings; leader Martin Truex Jr has won more stages than any other driver with a total of 19 ahead of second-placed Kyle Busch's 13.

The pair have hauled in 389 and 307 points respectively from the stages, and France says the format's "every lap counts" style has worked for NASCAR.

"Many years ago, you could cruise around and build up a big point lead.

"[Now] you can't cruise around at all, you've got to be on it. I think that's what people really enjoy.

"Almost every year at Homestead, the top three or four in finishing order are usually the top playoff contenders.

"What does that tell you? Like any athlete, when they have to do exceptional things, they rise to the moment. And that's fun to watch." 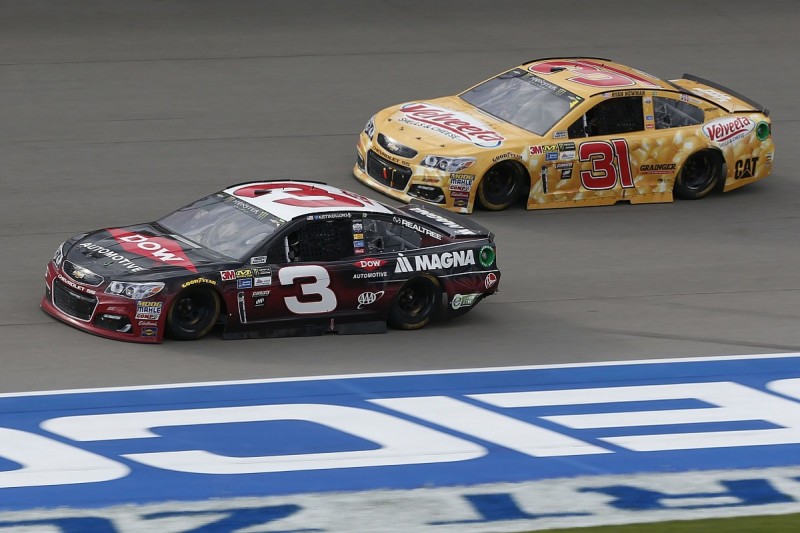 None of the four drivers eliminated from the playoffs in the last race at Dover - Ryan Newman, Austin Dillon, Kasey Kahne and Kurt Busch - had achieved a stage win.

France said teams and drivers were still adapting to the rules.

"More of the drivers and teams will adapt to the strategy," France added.

"Consistency certainly matters but, you have to compete, every lap.

"And I think that brings out the best in the drivers and teams, the strategies, the effort.

"It's exciting to watch. It's a great format, and it only gets better as the teams and drivers embrace the strategy necessary to compete."