Under the new system, which was announced on Tuesday, specific disciplinary actions will be mandated based upon the severity of technical infractions, which will be assessed on a sliding scale ranging from warnings through six penalty levels.

Lower 'P-level' infractions will be punishable by financial or points penalties, while higher-ranked infringements are expected to also include multiple penalty elements such as fines and suspensions.

Repeat offenses by the same car will be subject to a 'recurrence multiplier'. For example if a car receives two P4-level penalties in a season, the penalty will increase by 50 per cent for the second offence.

The new system does not apply to behavioural infractions.

"The new deterrent system is going to provide a clear path for our competitors to fully understand the boundaries while shoring up some grey areas which may have been in existence, all in an effort to be as transparent as possible," said NASCAR's executive vice president of racing operations Steve O'Donnell.

Robin Pemberton, NASCAR vice president of competition, offered examples of where certain infractions would fit into the new system.

"When we're looking at a P4 penalty, it would be something that could be unapproved weight location, some minor engine components, generally outside the engine, that would not be correct," he said.

"Approved parts that are not installed properly, maybe spoiler angles that don't meet what we need to have. That's somewhere in the P4 range. 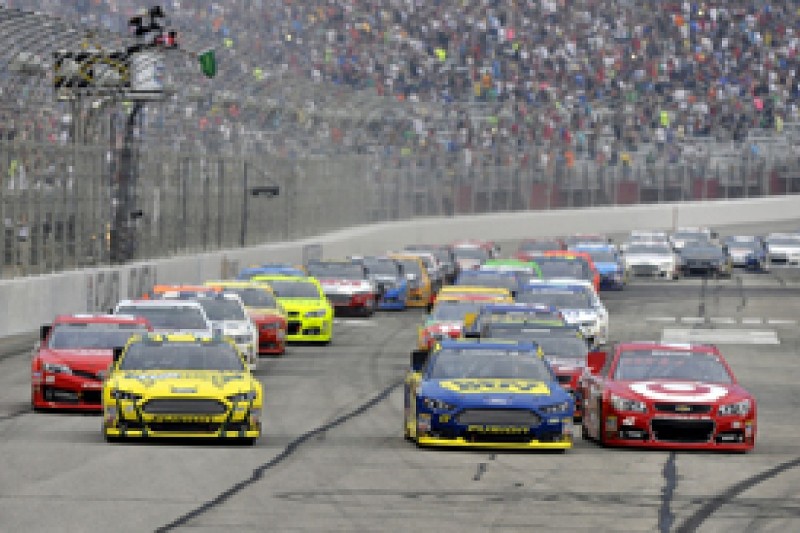 "A P6 range, being the highest level, those are the ones that will be more significant, and they are the engines, engine compression ratio, additives like nitrous oxide or things that are for performance.

"[For] a P6, you could lose any of the benefits of winning a race or starting a race, and so if you win a race and you have a P6 penalty, we will not use that win for either seeding or to help you get further into the Chase at the end of the year."

The basis for penalties, and an explanation for how they are assessed, will be included in the 2014 rule book.

NASCAR's appeals system continues to operate under a two-tier structure.

NASCAR carries the initial burden of proving to a three-person panel that an infringement occurred.

On the second and final level, only a NASCAR member is permitted to appeal, and they have the burden of demonstrating that the initial panel decision was incorrect.