Paul Menard was fastest in Friday's practice sessions for the NASCAR Cup season-opening Daytona 500, with the second session ending up being a showcase for the new Ford Mustang

Wood Brothers driver Menard led the way with a time off 44.830 seconds and an average lap speed of 200.758mph as Ford drivers took four of the top five positions and nine of the top 10.

Jamie McMurray, the lone Chevrolet in the top 10, ended up second for Ganassi.

McMurray aside, Fords swept the entire top 13 - with Austin Dillon the next of the Chevrolets in 14th.

But only 29 of the 40 cars entered elected to take part in the session, and Parker Kligerman was the sole Toyota to run.

In the earlier session, Toyota had been fastest as Joe Gibbs Racing team-mates Kyle Busch and Martin Truex Jr led the way. 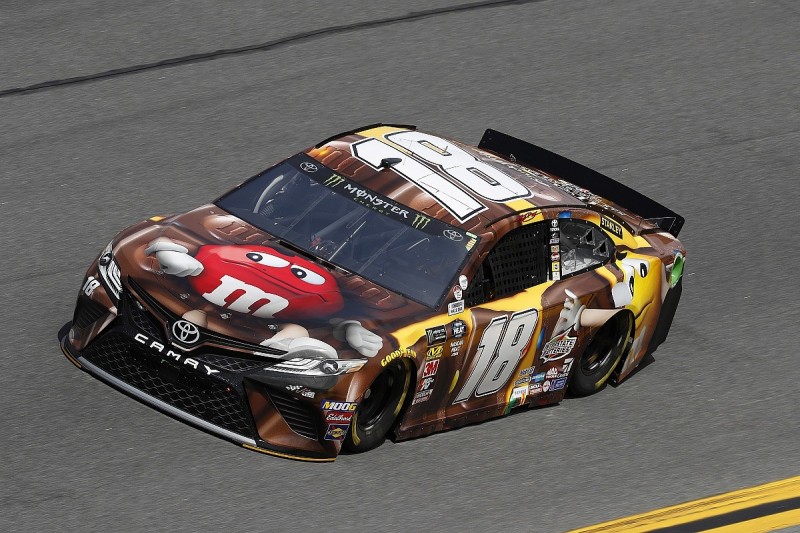 Busch, who was involved in an incident with Jimmie Johnson in the first of Thursday night's Duel qualifying races, bolted to the top of the speed chart with a 44.936s effort and an average lap speed of 200.284 mph late in the session.

Truex was 0.019s slower in second, with rookie Ryan Preece completing the top three ahead of Erik Jones and Ryan Newman.

On the longer runs, Denny Hamlin - seventh fastest overall - set the best average among the drivers who ran at least 10 consecutive laps.

Matt DiBenedetto and Jones were second and third in that category.

Polesitter William Byron was 16th quickest in the first Friday session and 26th in the second.