Elliott Sadler, a three-time race-winner in the NASCAR Cup series and regular Xfinity title contender, will retire from full-time competition at the end of 2018

His retirement will bring an end to a NASCAR career that began in 1997 and encompassed 12 full-time Cup seasons for Wood Brothers Racing, Robert Yates Racing, Evernham Motorsports and Richard Petty Motorsports.

Sadler has competed in the second-tier Xfinity series with Dale Earnhardt Jr's JR Motorsports since 2016, when it became his fifth NASCAR team in five years.

He made his final Cup start in 2017 and lost out to current Hendrick Motorsports driver William Byron for that year's Xfinity crown in the playoffs, after winning the regular season.

The 43-year-old explained his retirement in a statement on social media: "After much consideration and many conversations with my family, I've decided this will be my last season racing full-time in NASCAR.

"It's time for me, as a dad, to help my kids pursue their dreams.

"As I look back, I've had an amazing career thanks to an overwhelming amount of support from so many family members, friends, team members, corporate partners and fans.

"I know I'm going to miss seeing all of you all week in and week out. The people are what make our sport so special."

Sadler has not won a race in 2018, but lies second in the standings and is in contention for this year's title.

His main sponsor planned to withdraw significant backing for next year, meaning that Sadler would have needed to find an alternative if he had continued racing into 2019.

"I'm going to give everything I have in the playoffs to end my career on a high note," Sadler added. 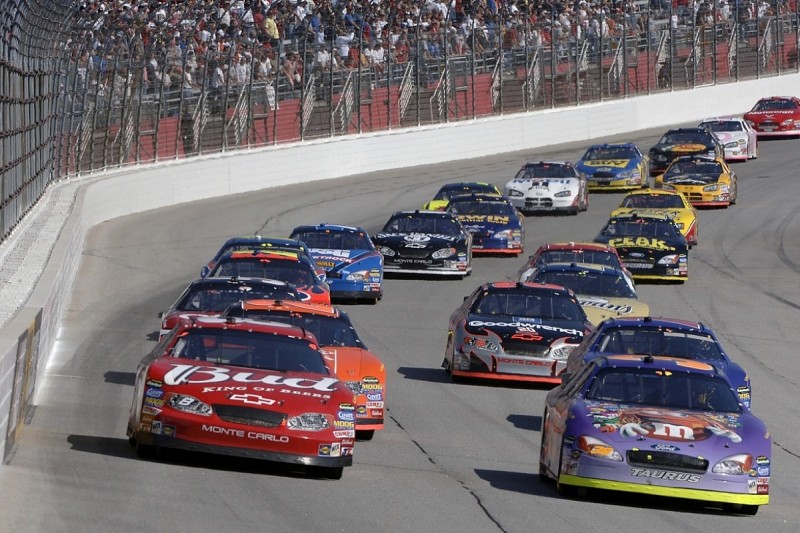 His team boss and former Hendrick Cup driver Earnhardt paid tribute to Sadler, pictured above fighting him for the Atlanta Cup race lead in 2005.

"I met Elliott Sadler racing late model stocks in the 90s," he said. "We raced each other in the BGN series [the predecessor to Xfinity] and on through several years at the Cup level.

"What I'll always appreciate about Elliott is how he valued our friendship. I always felt like with Elliott that my friendship mattered as much to him as it did to me.

"That's what made having him drive at JR Motorsports so special. He was a total professional and we have had some great success."