Busch and Kahne will be out of contract at the end of the season, with Kahne released one year early from his Hendrick Motorsports ride and Busch's deal with Stewart-Haas Racing not renewed.

Bob Leavine's small team has fielded Michael McDowell on and off since 2014, scoring its best result so far with fourth in July's race at Daytona.

Leavine, which ran ex-Formula 1 driver Scott Speed part-time in 2012 and '13, is now considering expanding to a two-car operation, depending on new sponsorship deals.

While he has not ruled out keeping McDowell, Leavine has also gone after some of the big names who are out of contract.

"Michael has done nothing that would remove himself out of the car," he said.

"But things potentially could happen and change, so all those options are still on the table. Michael knows about it.

"Kasey and I have talked. I've talked with Kurt.

"We have to look at what is best for our programme and figure out who fits, what fits, if we have sponsorship for it and go from there."

Leavine admitted that Busch had now been ruled out.

"He wants to go win races and I was blatantly honest and said I don't think we can do that next year, I really don't," he said.

"We may sneak up on it, maybe at a plate race, but not really where he wants to go in his life cycle of racing.

"He has a lot of goals and aspirations and I don't want a frustrated driver.

"We're not getting all the stuff we need - we're getting what we got."

Busch has already rebuilt his career at a small NASCAR team having lost a seat at a frontrunner once before.

He used the Phoenix Racing and then-midfield Furniture Row teams as a career lifeline after being dropped by Penske at the end of 2011. 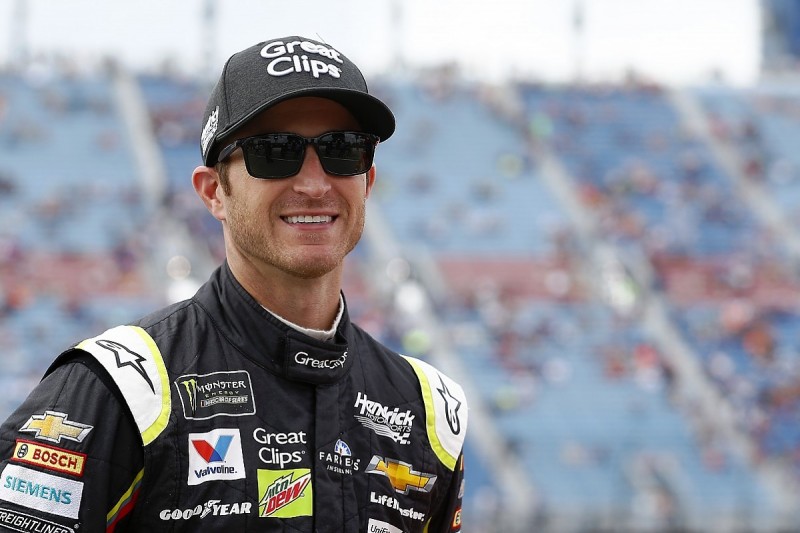 Kahne has also held talks with Richard Childress Racing and says that while remaining in NASCAR next season is his priority, he is considering IndyCar and the Indianapolis 500 too.

"I enjoy racing [in] NASCAR and I feel like don't want to get too far away from it, because I still have some strong years left in me racing in the Cup series," said the 37-year-old.

"I've talked about doing the Indy 500 a few times, just it was never able to work with other team owners and things.

"If I wasn't racing full-time Cup that [IndyCar] would be the top priority. How can I figure out how to be part of a couple of races there?"