Cup drivers have won seven of the 12 Xfinity races so far this season, although Kyle Busch's win last weekend is likely to earn an L-1 penalty, costing him driver points, after he failed a post-race inspection due to illegal ride height.

NASCAR has had to tread the line between having its star names race to help attendances, attract sponsors and media attention and dedicating the platform to younger drivers to help them earn graduations into the higher tiers.

Last year, NASCAR issued revised guidelines prohibiting any drivers who earn points in the Cup series from competing in any of the four-race Dash4Cash events, the regular season finale and the 10 playoff races in the Xfinity Series.

The regular season finale and playoff races in the Trucks series were also off limits. 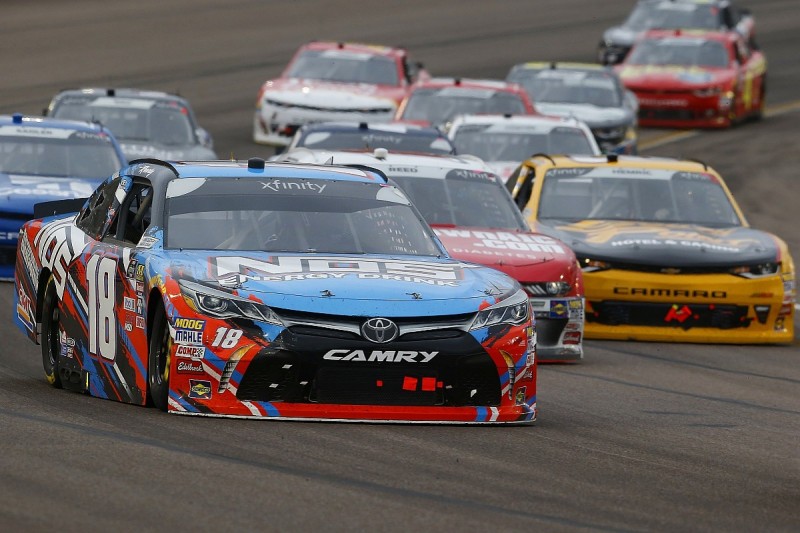 For the remainder of the series' races, drivers with five or more full-time seasons in Cup could compete in a maximum of seven Xfinity and five Truck races.

"More and more, the fans are speaking very loudly that they like the rising talent that we have in this series and we do as well and the established veterans that are there," said NASCAR's executive vice president and chief racing development officer Steve O'Donnell on NASCAR's SiriusXM Radio.

"That is continuing on and we'll have to make a decision really, really quickly in terms of what we do for 2019.

"We took a pretty bold step this year and that's something we've got to evaluate and see if we want to go further.

"I think it's trying to find that right balance."