After a four-hour qualifying practice - longer than most Daytona 500s - Logano topped the timesheets with a 46.604-second lap at an average speed of 193.116mph.

He was one of four Fords in the top five, with Aric Almirola second on a 46.619s (193.054mph) ahead of Brad Keselowski in third and Ryan Blaney fifth.

The pacesetting Fords were only split up by the Chip Ganassi Chevrolet of Kyle Larson in fourth, while rookie Daniel Suarez was sixth quickest. 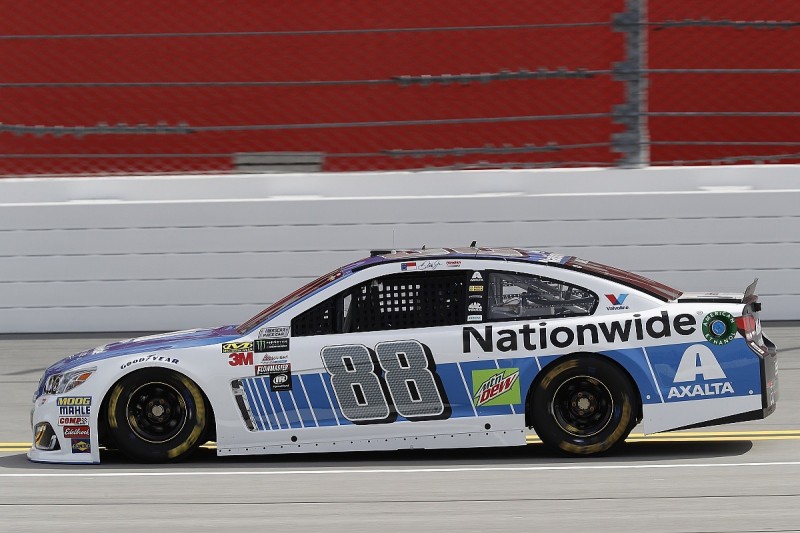 Earnhardt was 11th quickest in his first competitive appearance since being sidelined with a concussion-related illness last summer.

"The car seems to be doing all right.

"It's hard to tell where you line up against these guys. They're all doing something different, running different laps, more lines, stuff like that.

"We'd love to get on the front row, take a little pressure off of us."

The practice was slowed three times, twice for debris, and it was also red-flagged just past halfway when the engine blew in Reed Sorenson's car.

The NASCAR Cup season was due to unofficially kick off later on Saturday with the non-championship Clash event but this was postponed due to heavy rain.

It will now run ahead of qualifying for the Daytona 500 on Sunday.