The International Speedway Corporation, owner of 12 NASCAR Cup series venues, has reported a 10% dip in attendance during 2018, which it blames on a lack of driver "star power"

The figure has been recorded from the six Cup races held at ISC-owned tracks between March and May - at Phoenix, Fontana, Richmond, Talladega, Kansas and Martinsville.

Richmond was the only circuit to report an increase in attendance, while Martinsville was hit with severe snow that postponed the race until the Monday.

ISC has made substantial investments during 2018, with Phoenix undergoing significant modernisation and Richmond currently having its infield "reimagined".

The group did, however, report improved income of $171.7million in its second fiscal quarter, an increase of $8.2m compared to the same period in 2017.

"Our overall financial results for second quarter are in line with expectations and the 2018 outlook, despite admissions headwinds faced during the quarter," stated Lesa France Kennedy, ISC CEO.

"Revenue for events held during the quarter was impacted by weather, construction at ISM Raceway [Phoenix], and a general trend of lower sales at live sporting events."

In an investor call after the financial documents were released, ISC president John Saunders expanded on the reasons for lower attendance.

"Weather was an important part, but all in all, the attendance was a little bit softer than expected," he said.

"We still have an issue with star power and hopefully this stable of young drivers coming along will start to win and build their brands." 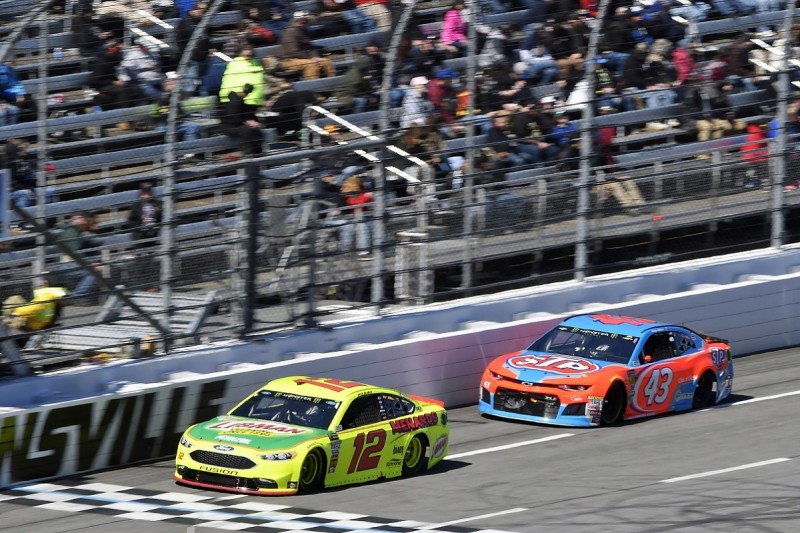 Penske's Ryan Blaney, one of several young drivers pushed by NASCAR to fill the void vacated by the likes of Dale Earnhardt Jr, said those comments were unfair.

"Honestly, this whole 'young guys need to win now' thing is getting old," he said. "We're trying our hardest.

"It's not like I go out there and I'm happy for fifth [place] every single week. Any other guy under the age of 25, I'll just say is the same way.

"I think it would be healthy for the sport if we just see more variation in winners.

"There have been seven winners this year. Come on now. You can't just put that on the young guys for not winning."

When asked if he felt the pressure of being a young star in NASCAR, Darrell Wallace Jr said: "A little bit.

"There is a lot of boring stuff that we have that is the same thing at ISC tracks that we could update to get more fans out.

"It kind of goes hand in hand from us behind the wheel to people that are here hosting us.

"It's a group effort. Like Blaney and Austin [Dillon] said, there have only been seven different winners.

"There are a lot of guys that are not young, that have the grey hair, that have not won yet. It's not all on us."