Busch finished in second after leading 24 laps of the 500 at Martinsville last weekend, coming in 1.146 seconds behind race winner Clint Bowyer and 4.679s ahead of Penske's Ryan Blaney.

The 2015 Cup champion has finished second in three of the six races to date, with Busch's consistency putting him top of the championship standings by eight points over his 2017 title rival Martin Truex Jr.

He has yet to win a race in 2018 and when asked what positives he can take from his start to the season, Busch said: "I am not sure.

"I guess the fact that we're a championship-calibre team with myself, Adam [Stevens, crew chief] of course and my guys.

"We have to keep executing and doing a good job. That's what we're doing right now, it's just not working our way. 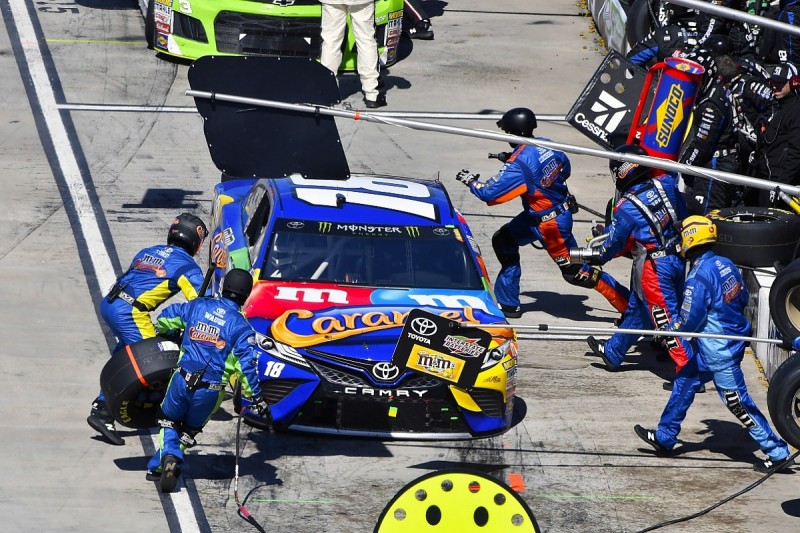 "For some of the guys that were there [in the race at Martinsville] and kind of left, I was not expecting the #14 [Bowyer] as one of those guys that was going to stay there and be one we had to race for the win

"It's funny, all of our finishes, for as good as we are in second place and as far ahead as we are of third, the leader is that far ahead of us.

"It seems like we're kind of on our own island but then we get beat by somebody else on their own island.

"All is good, we just have to keep going."

Busch added that he was frustrated by the statistic that he has won 43 races and finished second 43 times.

"We're right there each and every week," he said.

"We keep executing, we keep doing a good job, but it's not good enough.

"It's very frustrating. I'm about half my career total of wins with second-place finishes so that's pretty discouraging. Guess for as often as I win, I lose more."