Hamlin led 111 of the total 500 laps and won the first stage but, in the final quarter of the race, was caught by the rapidly improving Harvick.

The pair traded contact as they battled for a top five place and once Harvick had edged ahead, he appeared to tap his brakes and caused the quicker Hamlin to hit the rear of the SHR Ford.

Harvick went on to finish fifth, while Hamlin dropped to 12th after pitting twice under the race's only non-competition caution for repairs.

Hamlin admitted he should not have started the fight with a brake-test.

"He [Harvick] just got to me and I think bumped me three or four times and then I was just bumping him back and he brake-checked me," he said.

"I probably shouldn't have brake-checked him in the first place.

"They were just some light bumps here and then slammed on the brakes there. So classy. I'm not mad or anything.

"[Harvick] definitely tore up our race car pretty good. When he bumps us, we just tried to keep our car under control." 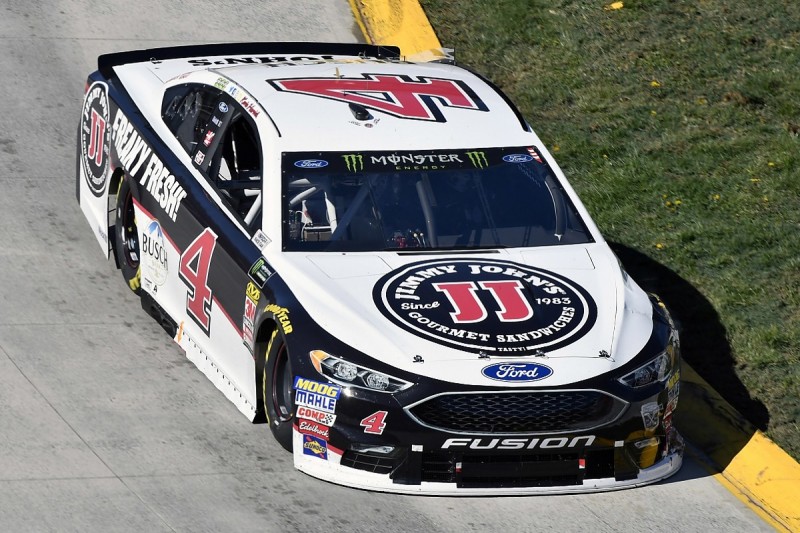 When asked about the incident, Harvick denied brake-testing Hamlin and said he was trying to correct his car after contact.

"No, he hit me a couple times and I was just trying to make sure I had my car under control," said Harvick.

"He was on the bottom [racing groove] and I knocked him out of the way."

Harvick added that he had a clean race, with the SHR driver moving up to seventh in the standings with a fifth place finish.

The SHR driver had led the series after Phoenix with the help of his three-race win streak, but a penalty incurred at Las Vegas cost him 25 points and pushed Harvick down to eighth coming into the Martinsville weekend.

"I didn't mess it up today," he said. "We had a good car and saw how fast the SHR cars can be with the right driver in them here.

"This hasn't been one of my better spots, but everything today went reasonably well and we were able to get Clint to victory lane and it was a good day for our Ford."