Michael Jordan's new NASCAR Cup team was only given its new name this week, but the impact of 23XI Racing is already being felt. As JIM UTTER explains, it could be just the beginning of enormous possibilities for NASCAR

Three-time Daytona 500 winner Denny Hamlin will be a minority partner, with the team name a combination of the numbers he and Jordan adorned during their respective careers. A longtime friend of Jordan's, Hamlin will continue to drive for Joe Gibbs Racing, following the example set by Dale Earnhardt Sr - who raced for Richard Childress Racing while operating Dale Earnhardt Inc.

Wallace, the only full-time African-American driver in the Cup series, has been a leading voice on racial injustice in the United States after the killing by Minneapolis police of unarmed African-American citizen George Floyd in May sparked widespread protests.

For Jordan, the move was all about timing.

"I had a conversation with Brad Daugherty (current NASCAR team co-owner) about car racing and things that he had interest in," Jordan said in a recent interview.

"I knew Larry Nance was in drag racing for some time. The appetite has been there but the opportunity has never been there.

"This is a great opportunity. I just feel like this is a good time to make this thing happen." 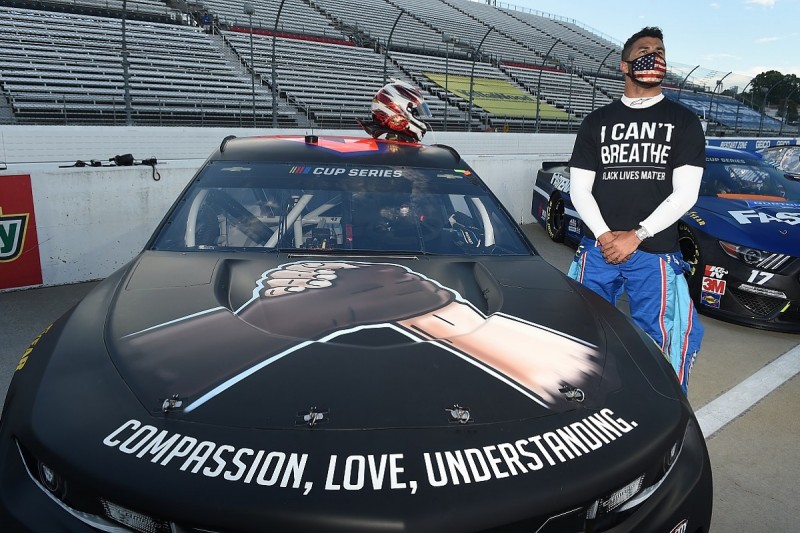 It comes at an important time in NASCAR's efforts to diversify its fan base, which executive vice president and chief marketing and content officer Jill Gregory says have been a "top priority".

This year, NASCAR took the decision to ban the display of the Confederate flag at its tracks and properties - a move that was not especially popular with some long-time fans.

Now, the addition of a competitive team to NASCAR's top series featuring a minority driver and minority principal owner adds concrete results to its diversity efforts.

"We've been focused on diversity and inclusion for quite some time," explained Gregory.

"We have a lot of great programs around it. But the statement that the new race team brings is an attraction and a reason for a more diverse fanbase to watch.

"To diversify our fanbase has been a top priority. Having an influential team owner and sports figure like Michael Jordan [as] part of our sport is going to give us a lot more visibility to those diverse audiences."

Gregory said the team having the resources to compete with NASCAR's already well-established organisations will be equally important.

"We know through all of our driver research that winning on the track leads to more successful engagement with the fans off the track," she said.

"So, this new race team being competitive and leading laps and winning races is hugely important. I know that it's a stated goal with Michael Jordan and his team, they're here in NASCAR to win. 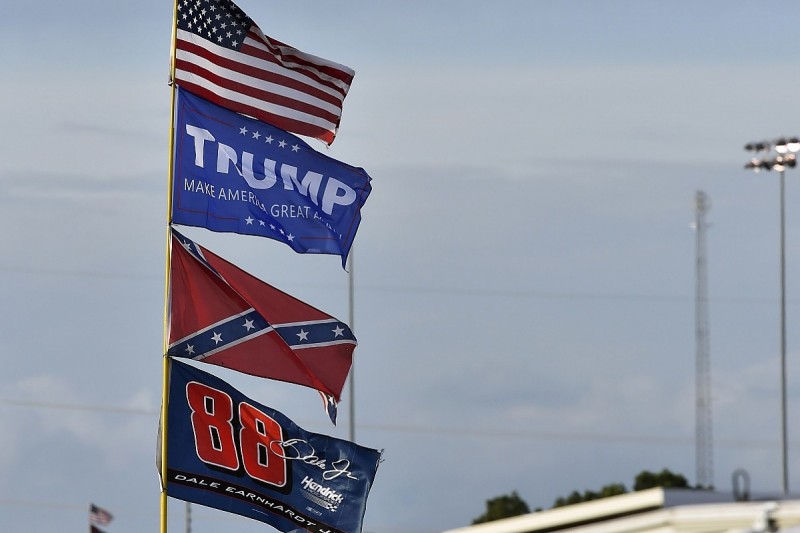 "I think the intention is there, I think the resources will absolutely be there and they are going to do whatever it takes to be a player in the Cup series next year and not just a participant."

NASCAR has already witnessed a measurable impact simply from the announcement of 23XI Racing, without a single car having touched the track.

Jordan's impact is real, but it goes far beyond diversity efforts because he and his brands have worldwide reach.

Jordan is, of course, intrinsically tied to the Nike sportswear brand. Hamlin wears the Air Jordan 'jumpman' logo on his fire suit, gloves and shoes and when he launched his Esports team earlier this year, it's understood that Michael himself had a hand in the design of a livery on one of Hamlin's eNASCAR team cars.

NASCAR's Heat video game franchise is a huge business, so imagine how popular that design would be in the mass marketplace on video consoles around the U.S...

"Michael Jordan's involvement is a testament to the strength of NASCAR and the opportunities that lie in front of us as a sport today," Gregory continued. "A fierce competitor like Michael Jordan doesn't commit real time and real resources if he doesn't believe this is a place where he could be successful.

"The fact that NASCAR as an industry has shown to him there's an opportunity to compete on the race track and make a difference off the race track, I think that's an enormous opportunity for us. Michael Jordan's fame or position as a sports icon is well known. 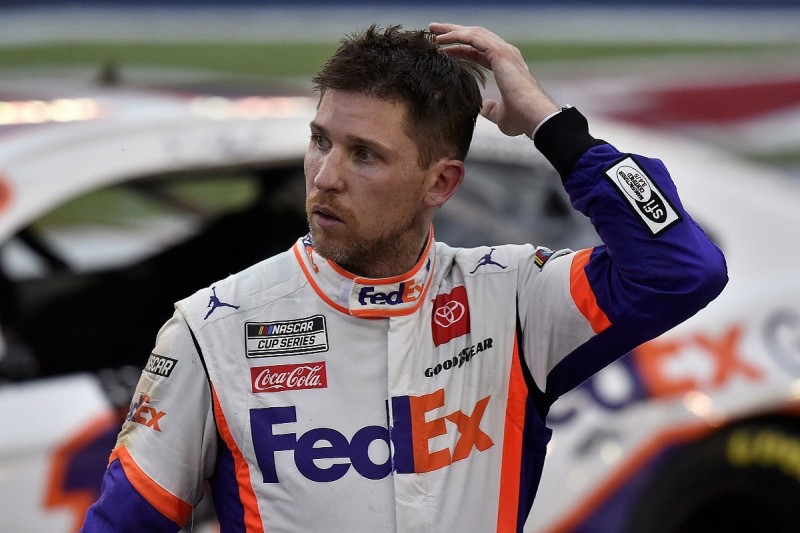 "The fact that someone with his stature and reach and his marketability believes NASCAR is a place where he wants to spend his time and energy - that's a huge compliment."

Gregory expects that the enthusiasm generated by the team announcement will only grow as the team begins to take shape and begins preparations for competition.

"When you have one of the most famous sports figures in the world arguably making a large commitment to NASCAR, that's something people pay attention to," she said.

"I think they'll be interested to see how the team does and what Michael will bring to team ownership, maybe something people haven't seen before."

"It will just add another dimension of opportunity to the sport whether it be with other team owners, drivers or crew members. You're just opening yourself up to new opportunities with fans and competitors alike" Jill Gregory

So, what comes next?

Details surrounding the establishment of the team, its personnel and its new home are still to come. Gregory said NASCAR plans to work with the team on a variety of programs in 2021, specifically in regards to diversity.

"We have kind of an open field ahead of us," she said. "In terms of the creation of the team and Michael Jordan as a team owner bring a game-changer, we've already seen some of that with the reaction to the announcement.

"I think it will also be important to see how they compete on the race track. We know their competitive spirit and the investment they are making and we believe they will perform very well.

"Taken together, it will just add another dimension of opportunity to the sport whether it be with other team owners, drivers or crew members. You're just opening yourself up to new opportunities with fans and competitors alike." 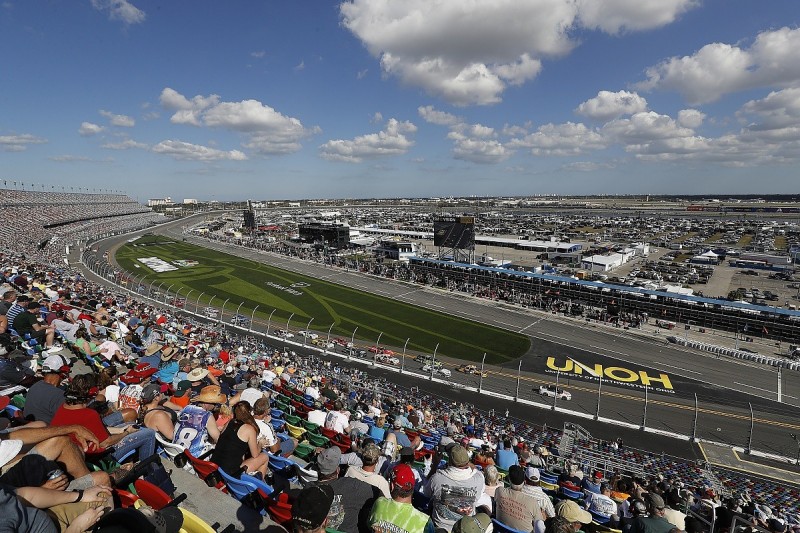 NASCAR Cup round at Texas postponed to Monday following rain