Kyle Larson’s “comeback” story this season was impressive enough simply with his return to NASCAR racing – but he not only came back, he has been better than ever on the track.

Larson, 28, was indefinitely suspended from NASCAR and fired from Chip Ganassi Racing in March 2020 for using a racial slur over the radio during a public iRacing event.

He sat out the remainder of the 2020 season, with a return to NASCAR never a certainty. After fulfilling the requirements by NASCAR to lift his suspension, Hendrick Motorsports opted to add Larson to its four-driver Cup team for the 2021 season.

Not only has Larson gone above-and-beyond in addressing the racial incident, but he has put together a season on the track far exceeding anything in his previous tenure as a driver.

He and his No. 5 Hendrick team have amassed a series-leading and career-best nine victories and on Sunday at Phoenix Raceway he will have his first opportunity to compete for a series championship, joining Hendrick teammate Chase Elliott, Denny Hamlin and Martin Truex Jr.

“If I really sat back and thought about it, yes it seems surreal,” Larson said of the past year. “There were a lot of points last year when I didn’t think I was going to race another Cup Series race or stock car race in my life.

“I accepted it and moved on. I was excited about my life as a sprint car racer because that was something that I always wanted to do – just not at 28 years old.

“Now, not even a year later, seeing the success I’ve had in the Cup Series and now racing for a championship it’s – yes – surreal, but not something I have really thought about too often.”

Asked if would welcome the moniker of ‘Comeback Kid,’ Larson said: “No, I’m just another driver.”

Just another driver who in his first season with NASCAR’s most successful organisation, has already etched his name into Hendrick’s laundry list of standout NASCAR accomplishments. 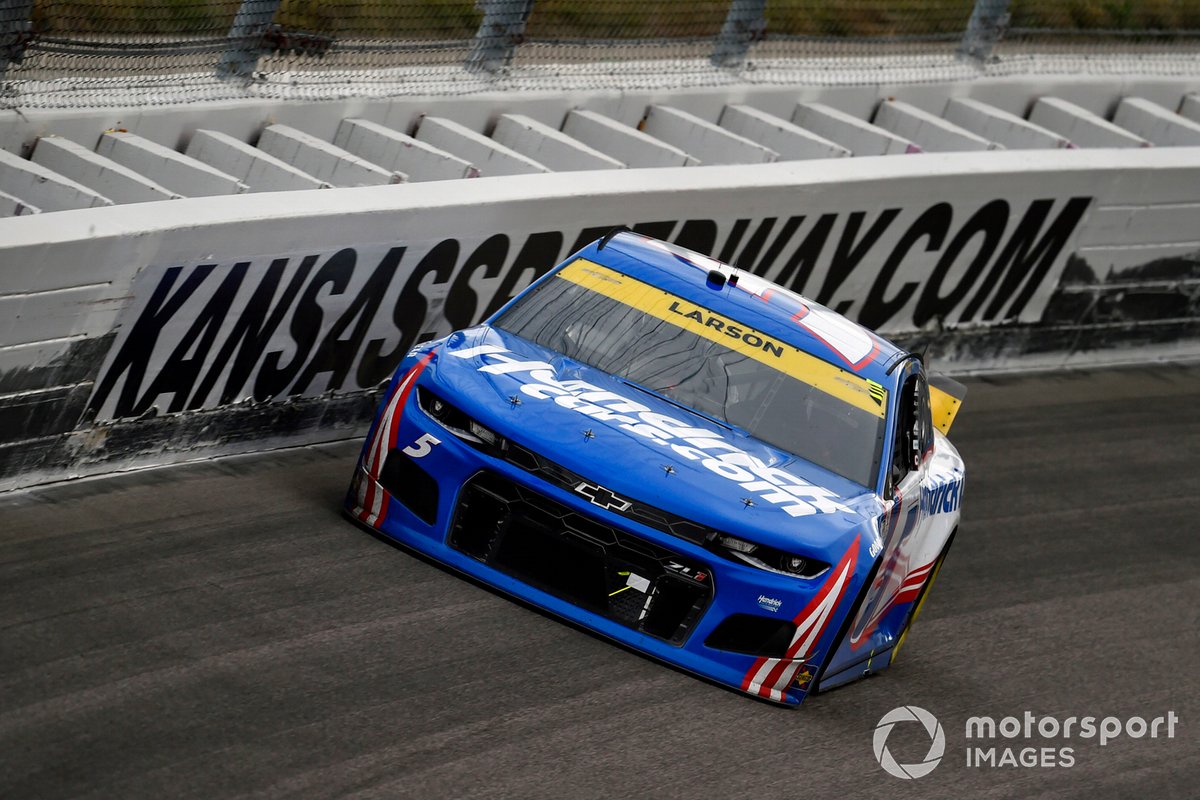 But he also wrecked out of five races that season and ended up eighth in the series standings while completing 92.4 percent of the laps.

With one race remaining this season, Larson has wrecked out of just one race and completed 97.7 percent of all the laps. He has been in the hunt for wins in far more races than the nine he has won.

“I think the word was, before this year, that Kyle was fast but he couldn’t close, he couldn’t run a 500-mile race and be there at the end,” said team owner Rick Hendrick. “He’s proven everybody wrong in that area.

“You know when a guy’s fast, he’s capable. But then I’ve witnessed him being so good at managing his tires and giving up a little bit in one part of the race to be better at the end, give up a little bit early in the run to be good at the end of the run.

“That takes a lot of patience. When you couple patience and understanding of what the tyre and car can do, then you put that talent with it, you see the results this year. I’ve been amazed at how he can control a race.”

Hendrick said another element to Larson’s on-track performance this season is his confidence.

“He believes that he can drive anything, and he believes he can win in anything,” Hendrick said. “That confidence builds a lot of – he just gets in a car ready to go.”

There was no better indication of that than during the time Larson was suspended from NASCAR competition.

He spent the majority of his time still racing – winning 42 times in 83 open-wheel races. While it may not have been NASCAR, Larson’s incredible winning percentage did not go unnoticed.

“I can see why he’s won so many races, not just in our car, but everything he gets in,” Hendrick said. “He’s competitive, smart.

“I mean, a lot of people might be fast, but they don’t know how to race. He knows how to race.”