A "dejected" Bubba Wallace has described finishing runner-up in NASCAR's Daytona 500 as "empowering" after missing out on victory in a photo finish.

The 23XI Racing driver tried desperately to shove Team Penske's Ryan Blaney and get in position to race leader Austin Cindric for the win in Sunday’s Daytona 500. He succeeded in the first part but not in the second, just coming up short of winner Cindric at the finish on Sunday.

The runner-up finish was his second in the Cup Series’ biggest race, the first coming in 2018 in his first full-time season in the series.

“I’m going to be pissed off about this one for a while. I was happy on the first second place we got a couple years ago.

Wallace has proven to be a very talented superspeedway racer and took his first Cup Series victory last autumn in a rain-shortened event at Talladega. Four of his top six finishes in the series have come at Daytona and Talladega.

PLUS: Why Bubba Wallace’s Talladega win is such a big moment for NASCAR

As the final stage of the Daytona 500 played out, Wallace found himself a critical player down the stretch only to emerge as the bridesmaid again.

“What could have been, right? Man, need to talk about some happy stuff here,” he said.

“I’m just dejected, but the thing that keeps me up is just the hard work that we put into our speedway stuff and the hard work from everybody at 23XI (Racing), proud of them, can’t thank them enough.

“I knew this was a big move last year for me to go out and be competitive, and we’re showing that.” 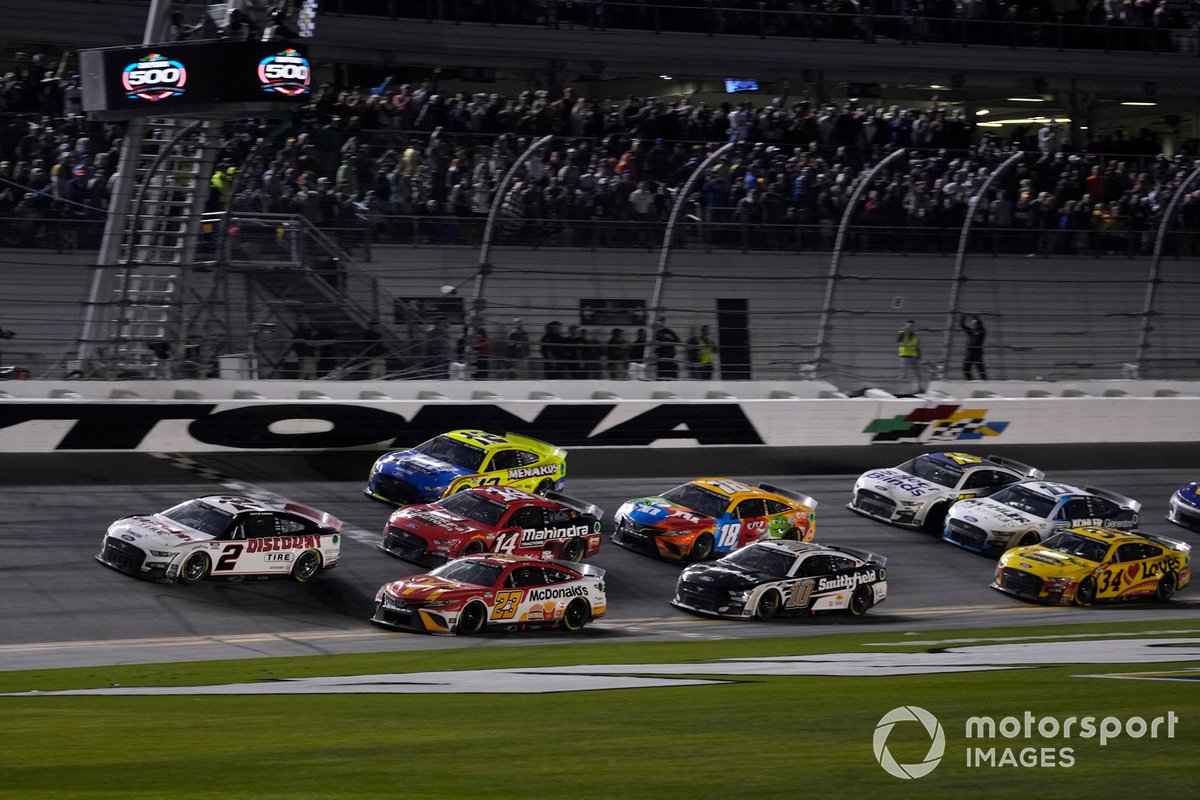 While Daytona is not typically a good indicator of how the rest of a season plays out, Wallace relishes getting off to a strong start.

“When you come out of the gates like that, it’s empowering, it’s encouraging. So, thanks, everybody, back at the shop,” Wallace said.

“Back-to-back superspeedway wins, that would have been awesome, especially with it being the 500.

“I thought our Toyota team-mates did good work until they got picked off 1-2-3 throughout the race, so we just had to survive.”