Daytona 500 pole not about me, NASCAR rookie Chase Elliott says

Elliott took pole in the #24 Hendrick Motorsports entry vacated by the retiring Jeff Gordon at the end of last season, but he does not feel any of the fuss surrounding the achievement should be focused on him.

"Nothing special I did to earn it, it's about our team, the kind of car they brought to the track.

"I knew [Gordon] had a lot of success last year, and this is the same car he had that success with.

"It's pretty straightforward from the driving side, but I definitely didn't want to mess anything up.

"Just try not to do anything dumb.

"As far as the gameplan, it was just hit my shift points, not hit the apron, try to get that launch coming to the green flag to have a good starting point on Sunday."

While Elliott does not have to race hard in his qualifying race on Thursday because his starting slot is secured, he believes he has to mix it with those racing to decide the rest of the grid to get a feel for the race on Sunday.

"We want to try to be smart on Thursday," he said. "This is a long week.

"This is a step in the right direction, but it's one lap versus 500 miles on Sunday.

"We want to make sure we have this car on Sunday - that's the main goal.

"But at the same time I still need to be in some positions to learn for the race on Sunday.

"I've never drafted in these cars, which is going to be important.

"I've been trying to pay as much attention as possible - we just need to be smart and hopefully try to speed up that learning curve." 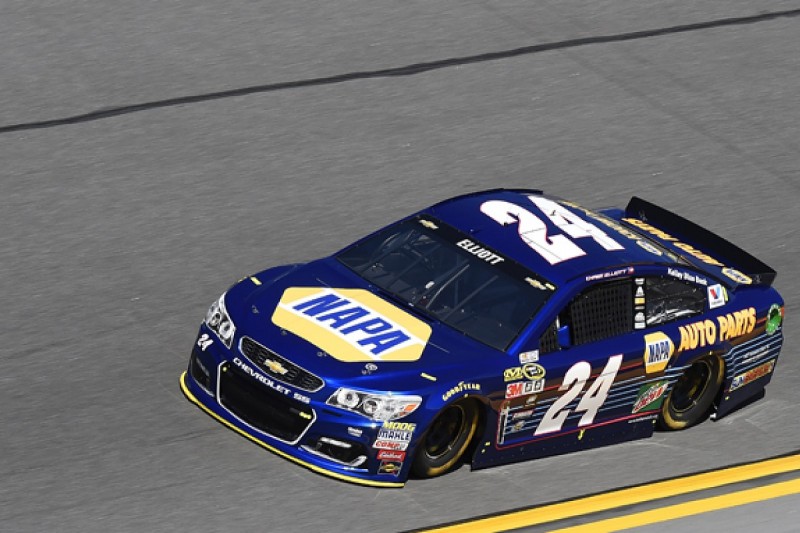