Danica Patrick says she will not consider offers to race outside of the NASCAR Cup Series in 2018, as her "only goal" is to win Cup races

Patrick has spent five seasons in NASCAR, but Stewart-Haas Racing opted against retaining her services for 2018 and current team boss Tony Stewart said he could see Patrick returning to IndyCar.

Patrick, whose best result to date in the Cup was a sixth-place finish at Atlanta in 2014, said she has no interest in a return to single-seaters or racing elsewhere.

"If I don't do Cup, I don't think I'll do anything because my only goal is to win in Cup," Patrick said on America's SiriusXM NASCAR Radio.

"My goal is to be one of the only drivers to win in Cup and [IndyCar]. So, that's attained through winning in the Cup Series.

"If I don't think there's a solid potential for that to happen, I'm just spinning my wheels."

Patrick has been linked to Richard Childress Racing's third car for 2018, with Paul Menard's departure - to replace Ryan Blaney at Wood Brothers - opening up a seat. 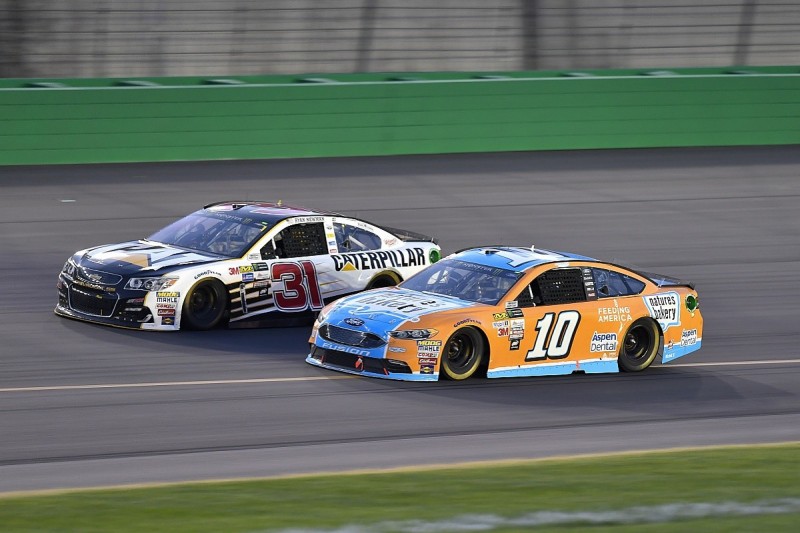 RCR has won two races this season with Ryan Newman and Austin Dillon, having previously endured a four-year winless streak.

"I very randomly, at times, talk to my agent," added Patrick of her chase for a new seat.

"There's really nothing I can do. It comes to money. And it also comes down to what I want to do.

"There are moving parts and answers that have yet to come to fruition.

"My only goal is to win. So if I think I have the opportunity, then it will definitely be something that I will evaluate."