Danica Patrick has secured a seat for her final NASCAR Cup race at the 2018 Daytona 500, leaving her with just an Indianapolis 500 ride to find 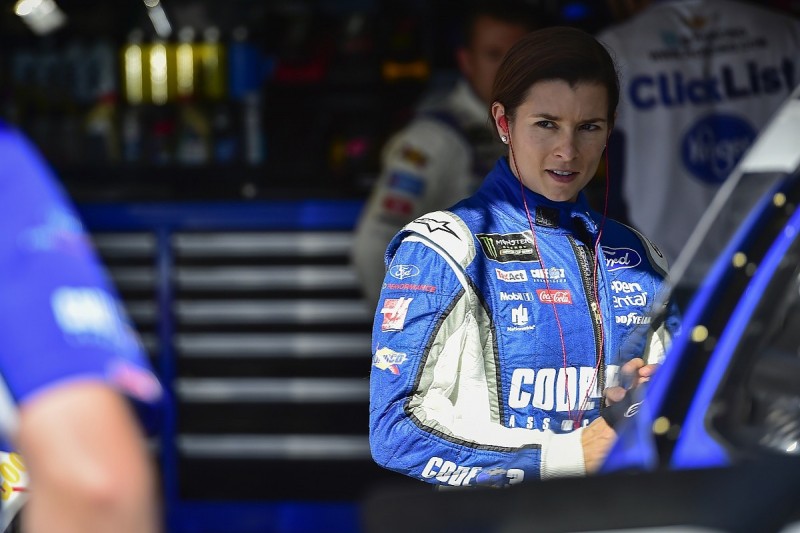 Patrick will drive for Premium Motorsports in its #7 Chevrolet and will be reunited with Tony Eury Jr, who was her first crew chief when she switched to NASCAR in 2010.

Premium Motorsports recently purchased assets from Tommy Baldwin Racing, meaning it has acquired a charter and guarantees Patrick a place in the 40-car field at the Daytona 500.

Patrick, who recently described her final year as a Cup driver as a "grind", had initially struggled to make progress in talks following her Homestead retirement announcement.

"I couldn't have written a better story about how this would all fall into place," Patrick told the Associated Press.

"Going with the flow is working out beautifully. It all makes my last NASCAR race just that much sweeter."

"It's great to have everything come together with Danica and GoDaddy for the Daytona 500," said Baldwin, who is currently head of business development for Premium Motorsports.

"The team is working hard to get things ready, and we're receiving great assistance from RCR (Richard Childress Racing) with engines, engineering support and the pit crew.

"Having Tony Eury Jr come on board for this race is good as well, since he's worked with Danica before.

"That should help give us a leg up on things going into Daytona."

Eury added: "I was kind of honoured that she asked me to come back and do it.

"She called about a week-and-a-half ago, two weeks ago. She said, 'I'm going to go do this Daytona deal. I'd really like to have you do it. I had the most fun when we were racing together.'

Patrick is yet to secure a drive for the Indy 500 although a return to GoDaddy for sponsorship was said to help Patrick's cause in finding a seat for her final two races.

She has since been in talks with Dreyer & Reinbold, as reported by Autosport earlier this month.