RCR is the only team to have won a race with the new Chevrolet, its triumph coming in the season-opening restrictor-plate Daytona 500 that had recently been a Ford stranglehold.

Since then Toyota and Ford have monopolised the wins, and teams such as Hendrick Motorsport and Chip Ganassi Racing have been slowly making progress with the Camaro.

RCR's vice president of competition Andy Petree believes the pooled resources of Chevrolet teams could have sped up development.

"That's something I was pushing hard for at the beginning of the year, to get all our Chevrolet teams to band together and try to accelerate our development on the car," he told NASCAR SiriusXM Radio.

"The fact is the teams are racing each other as hard as they race the other makes and it's been hard to get a coalition together to do this."

Petree drew on his Cup experience as a team owner of Andy Petree Racing, working alongside Dale Earnhardt Incorporated (pictured below) and RCR on aero development at the turn of the century, as a sign that an alliance could be done. 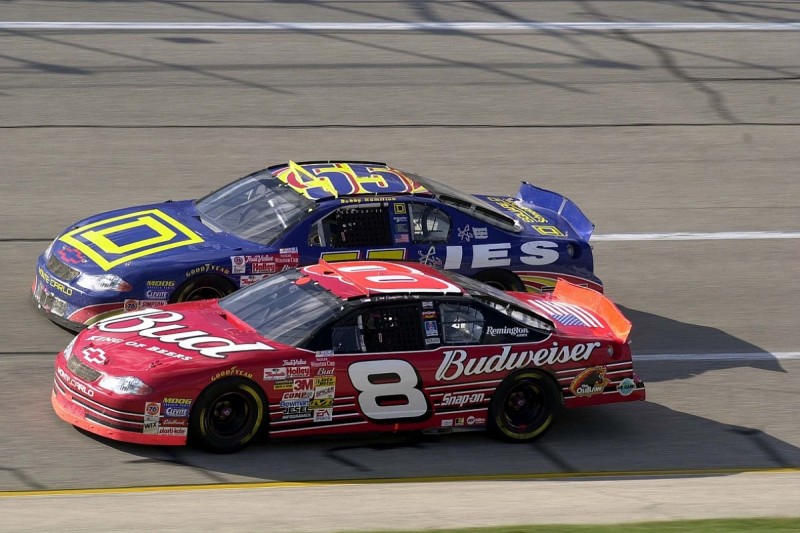 "I've had experience with an aero collaboration back in the early 2000s, we basically formed what was called RAD (Richard, Andy and Dale) at the time," he said.

"We did aerodynamic development for all our teams and it paid off big time.

"We saw our cars get a lot better way quicker than we would have done by ourselves.

"We want to try and recreate that with our Chevrolet teams but we have not been able to really pull that together.

"I really think that it would help if we worked more closely together to get that car [the Camaro] up to speed with the Fords and Toyotas."

When asked if an alliance was made difficult by teams wanting to protect their own developments, Petree said: "Yeah, that's exactly what it is.

"You work hard for everything you learn and develop, you don't want to give it away to anyone.

"That's where it gets tough. To be able to put together a really good coalition you have to give something to get. It's been hard to get people to realise the value there.

"They don't want to learn or share, but I'd rather be racing each other for the top five or 10 spot [with the benefits of shared resources]."