Bowman, who started third, was one of the fastest drivers across the 200-lap race in his Chevrolet Camaro and was towards the front of the field throughout.

Blaney took the spoils in the second stage after climbing up to the front pack as early as lap 10. The middle of the second stage featured the only caution period - outside of the stage conclusions - when polesitter Bowyer suffered a cut tyre.

The third and final stage was largely about Blaney and Bowman. Once both had got past Johnson on the final restart, the pair were largely unchallenged and pulled away from the rest of the pack.

Bowman held a lead of around five seconds through much of the final stage until Blaney - who entered this race as the Cup points leader - had to pit for a cut tyre with just three laps to go and would eventually finish 19th. 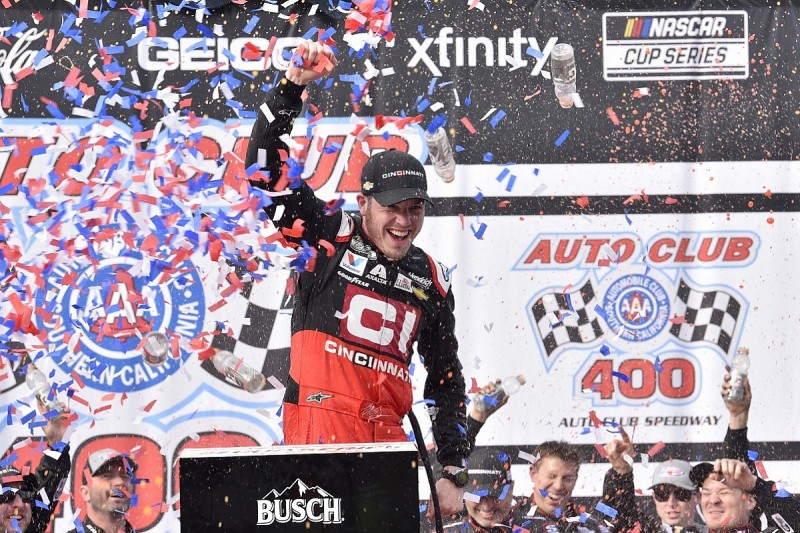 Bowman crossed the finish line 8.904s ahead of reigning Cup champion Kyle Busch, who had gradually worked his way through the field.

One of the fastest cars throughout was that of Martin Truex Jr - who had to start towards the back after his car failed pre-qualifying inspection multiple times. Starting 32nd, Truex had worked his way into the top 15 by lap 10 and lingered there for a sizeable portion of the first stage.

But by the final stage he was right in the mix. However, during the final round of pitstops he suffered an issue with a wheel gun which dropped him well down the order and he could only recover to 14th.

Behind Kyle Busch was brother Kurt, who recovered from a pitstop mishap of his own to finish third, ahead of Chase Elliot, Brad Keselowski - who had a largely anonymous run to fifth - Denny Hamlin, Johnson, Aric Almirola, Kevin Harvick and Erik Jones.

Polesitter Bowyer could only finish 23rd after his issues earlier in the race. In addition to the single caution period there was also only one retirement, when Christopher Bell suffered an engine issue on lap 80.