How Cindric took a non-traditional path to NASCAR stardom

Austin Cindric's victory in last weekend's Daytona 500 has turned the Team Penske driver into NASCAR's newest star, but his road to the top has certainly been unconventional.

The 2020 Xfinity champion, aged 23, came within a whisker of successfully defending his crown in the second-tier series last year and made the dream start to life as a Cup Series full-timer last weekend by beating Bubba Wallace to the flag in the biggest race of the season.

From this, it may be deduced that a NASCAR career was long destined for the son of Team Penske president Tim Cindric. But that was hardly the case.

Sure, Cindric had plenty of racing lineage in his family. His maternal grandfather was the late sports car and CART team owner Jim Trueman, who won the 1986 Indianapolis 500 with driver Bobby Rahal. His father, Tim, joined Team Penske following the 1999 season and Austin spent numerous months of May while growing up at the Brickyard watching Roger Penske's cars racking up Indy 500 wins.

Yet when Cindric began his own driving career, it was open-wheel racing and sportscars to which he initially turned. And immediately, he found success.

After attending the Skip Barber Racing School to gain road racing experience, in 2013 and 2014 he raced in the U.S. F2000 Championship – part of the Road to Indy programme. He also competed in Historic Sportscar Racing, winning a race in a Porsche 944 before he was 16 years old.

Aged 17, Cindric drove a GT3 Mercedes at the 2015 Bathurst 12 Hours, the youngest driver to ever compete in the event. He began competing full-time in sportscars that year, racing a GT4-spec Ford Mustang in the Continental Tyre Sports Car Series, and became the championship's youngest-ever winner at Mosport before stepping up to a GT3 McLaren in the 2016 Pirelli World Challenge.

When he wasn't driving sportscars, Cindric began to test the NASCAR waters. He ran a handful of races in the ARCA Menards Series, winning once; won both starts he made in the K&N Pro Series East (now ARCA East); and made a handful of starts in the NASCAR Truck Series. 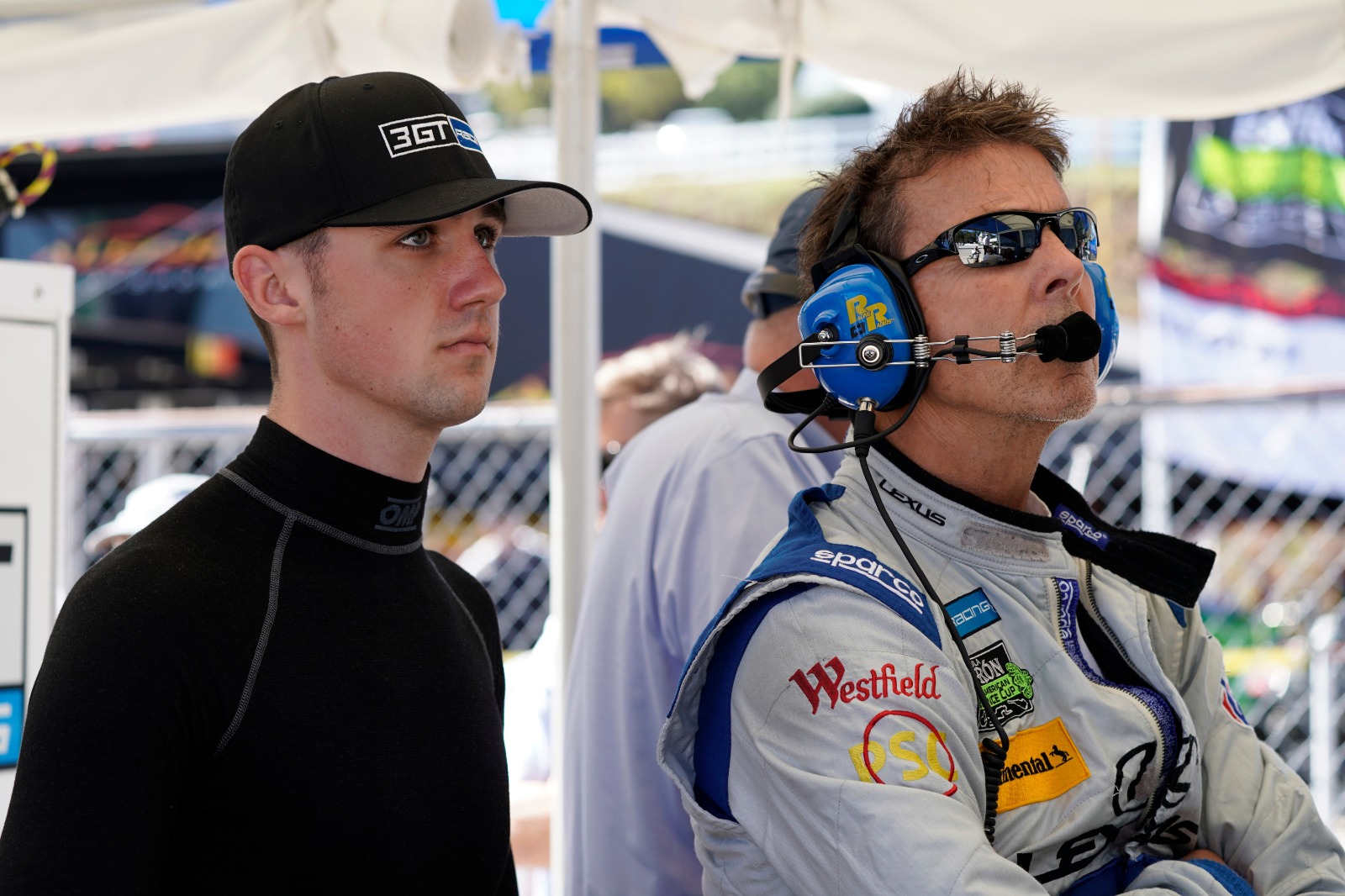 Prior to the start of the 2017 season, Cindric suddenly found himself with unexpected choice.

“I had the opportunity that I’ve probably had been working for, for the last three or four years, which was to be a manufacturer-backed sportscar driver,” Cindric said. “I had a great opportunity lined up for me that I had worked hard for.

“At the same time I had done a few ARCA races, a few Truck races that went fairly well, and I had the opportunity to go full-time Truck racing. Think about the world being your oyster as a young driver, you actually have the opportunity to choose that.”

Cindric chose NASCAR and signed up for a full season with 2012 Cup champion Brad Keselowski’s team in the Truck Series. So why did he pick stock cars?

“Obviously this is the biggest stage in American motorsports, but I don’t think you get a second chance to make a NASCAR career work,” said Cindric, who remains active in sportscars and recently contested the IMSA SportsCar Championship season-opener in a GTD Pro class Mercedes.

It has paid off handsomely. Since 2018, when Cindric moved to the Xfinity Series with Team Penske, he’s won 13 races and the 2020 series championship. Last season, he came up just short to eventual champion and race winner in the final race at Phoenix Daniel Hemric.

Cindric drove a handful of Cup races last season for Penske and soon showed he could compete in NASCAR’s premier series. And kicking off his first full-time season in the Cup Series with Penske, replacing Keselowski following his move to RFK Racing, Cindric has already claimed the race every NASCAR driver wants to win. 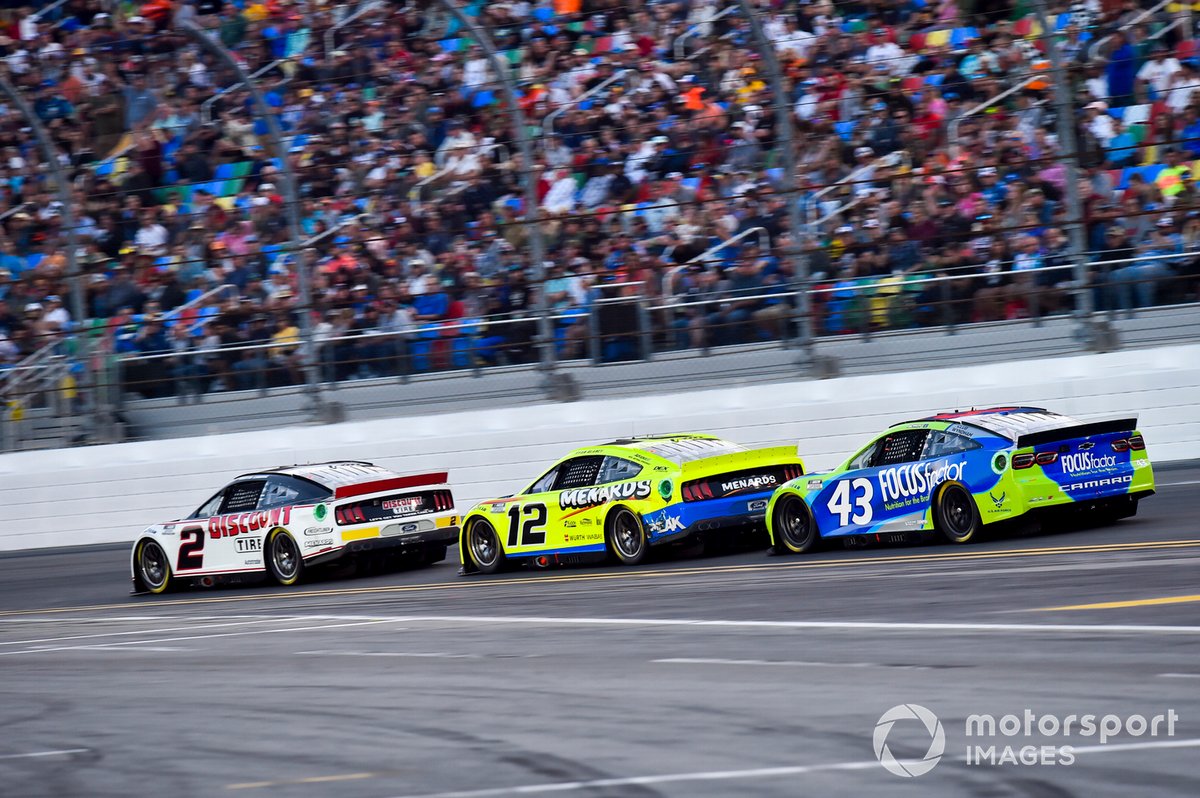 “There’s a long list of drivers that have tried and finished second or led a lot of laps and come really close - some days it’s your day,” he said. “I’ll trade losing the Xfinity championship by four inches for a Daytona 500, I guess, any day!

“If there’s anything I have left to prove, I’m not sure what it is. But otherwise, I’m very proud of the family that I’ve come from, the person that my dad is and the way he leads our team. I’m very proud to be exposed to that, my parents and Roger Penske.”

At just 23 years old and a Daytona 500 trophy in hand, Cindric has already captured the glory that has eluded many of NASCAR’s biggest stars. It may be difficult to grasp his career is just getting underway as Sunday’s race at Auto Club Speedway in California will only be his ninth Cup start.

Regardless of what comes next, it is clear, however, Cindric’s career choice was the right one.