The 39-year-old, who has been without a Cup ride since his five-year spell with JTG Daugherty Racing concluded at the end of the 2018 season, has scored three wins with Kaulig in the second tier of the NASCAR pyramid in the past two years and is contesting the full Xfinity season with the team in 2021.

The Matt Kaulig-owned squad, which was founded ahead of the 2016 season, made its Cup Series debut with Justin Haley in last year's Daytona 500 and will run a limited Cup schedule this season with hopes of competing full-time from 2022.

Kaz Grala will attempt to make next month's Daytona 500 in the team's #16 Chevrolet, while Allmendinger will make a one-off Cup return on the Daytona road course the following week.

Former Champ Car racer Allmendinger's only win in 371 starts at Cup level came on the Wakins Glen road course in 2014.

He has also made 14 starts in the Daytona 24 Hours that uses the same infield course, and won outright in 2012 driving a Michael Shank Racing Riley-Ford. 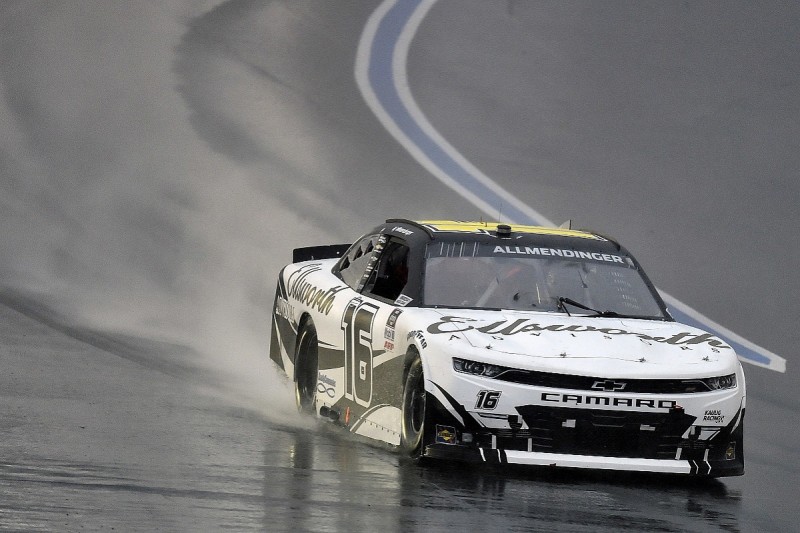 "I keep wanting to help Kaulig Racing grow as much as possible, and the next step is racing in some Cup races with them.

"Daytona is a prestigious race track to compete at, whether you are on the oval or road course, so this is a great place for Kaulig Racing's first non-superspeedway Cup race."

Team president Chris Rice added: "Having A.J. compete in our very first non-superspeedway Cup race was really a no-brainer for us.

"Kaulig Racing is honoured to be able to be get A.J. back into the Cup Series for the first time since his retirement.

"I think he will pick right back up where he left off as a road course ace.