One-time Daytona 500 winner Derrike Cope says the NASCAR Cup regulars will "know I am there" in his final competition appearance on Sunday, 10 years after his last Daytona start

The 62-year-old, who famously won the Daytona 500 in 1990 after a puncture on the last lap denied Dale Earnhardt a maiden victory in the event, will drive a chartered Rick Ware Racing Chevrolet Camaro for one last entry in the 200-lap race.

Since stepping back from a full-time programme in 1999, Cope has made sporadic Cup appearances including attempting to qualify for a majority of races in 2006.

But despite his race rustiness, Cope is confident he can still be a factor come the often-frantic closing laps.

"I feel like I understand the air as good as anyone," he said.

"I will go to Daytona, and if I do make it to the end, with 20 [laps] to go, and I can get myself in a position to have some air, and be in a position to race hard, they will know I am there.

PLUS: The driver behind Daytona's greatest upset

"The sport is very aggressive right now. You have a lot of young kids that really have no regard for pretty much anything, except getting to the finish line and winning.

"That's just the way I look at it. I've got one shot at this thing, and when all is said and done, I can walk away and say: 'I had a lot of fun today and sorry you guys got wrecked.'" 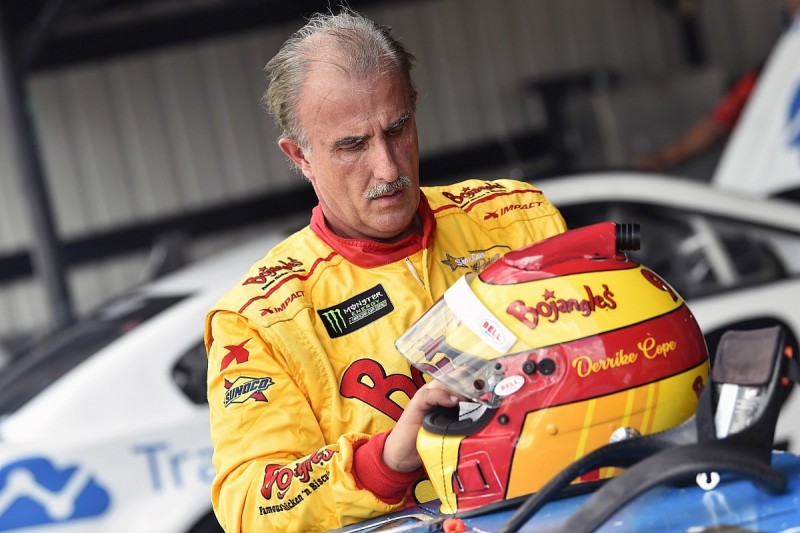 Cope, who is team manager of the small StarCom Racing outfit, said the deal to run the race was a "gift" from his co-owners and his wife.

"I've always wanted to run a couple of races [for StarCom]," he said.

"But I thought it was best financially just for us to try and put some things together of the racing kind, things under its belt, get in some races and that kind of took me out of the seat, which was really the ultimate plan.

"I love Daytona. I've always felt like if I would end things, I'd like to be doing it there, and certainly I have a lot of passion for the place."

As Cope is nearly 37 years older than reigning Cup champion Chase Elliott, some have questioned whether drivers of his age should compete, but he is non-plussed by the furore.

"I don't really pay attention to social media. I really don't care what other people think, if I did, I probably wouldn't be in this position," he said.

"Honestly, it is really about what I want, and this is something for my wife and I to absorb together and enjoy and have good equipment to go down there and have some fun.

"When all is said and done, as long as I am at peace with myself, I think that is all you can ask for."

Cope failed to set a lap time during qualifying on Wednesday night after a car issue, but as a charter entry was guaranteed a spot in the 40-car field. He qualified in 32nd.