A fourth win would put Hamlin, who won the 2016 event before doubling up in 2019 and 2020, level on wins with three-time Cup champion Cale Yarborough and second in the all-time stakes.

But Hamlin would still have to go a long way to match the unprecedented seven wins achieved by Petty, who took the last of those 40 years ago this weekend.

Heading into the 1981 Daytona 500, Petty had somewhat of a drought by his high standards at NASCAR's showpiece. The victor in 1964, 1966, 1971, 1973 and 1974 had only managed one more win in the intervening years when, in 1979, he'd snapped a 45-race winless drought after Yarborough and Donnie Allison crashed on the final lap, then engaged in a famous fight on the infield.

In 1980, he'd broken his neck in a crash at Pocono. Concealing the injury from NASCAR, Petty competed the following week at Talladega before being relieved - which became a common trend for the remainder of the season as he hung on to finish fourth in the standings.

The 1981 race was the first to follow NASCAR throwing a curveball to teams with regulation changes that required them to run 'downsized' cars featuring 110-inch (280cm) wheelbases (from the previous 115 inches), to fall into line with the trend in the automotive industry. This change presented sizeable challenges for teams and drivers to get on top of handling and set-up.

In addition, there was plenty of change going on at Petty Enterprises as the famous #43 was switched to Buick - Petty having driven Oldsmobiles on the superspeedways and Chevrolets everywhere else in 1980.

Hopes that the new regulations would create an air of unpredictability appeared short-lived when Bobby Allison emerged as the clear favourite. His Harry Ranier-run Pontiac - run by the Ranier-Lundy team that had fielded Buddy Baker's winning entry in 1980 - was the only car in the field with a sloped rear window, which was deemed to greatly improve the aerodynamics compared to its rivals.

Allison duly dominated Speedweek, resulting in a pole position after victory in his qualifying race.

The twin 125-mile qualifying races that saw more than 60 cars compete for the 42 places on the grid were not without incident, as drivers grappled with their new machines.

John Anderson suffered the first major crash when his car flipped coming onto the straightaway out of Turn 2, before entering a series of violent rolls.

In the same race, Connie Saylor fell victim to a gust of wind which lifted his Oldsmobile up and over onto its roof on the track, before skidding to a stop down the back straight.

Petty ran strongly inside the top 10 in his qualifying race, but he was not among the favourites for the big dance, as Allison and the Junior Johnson-run Buick of Darrell Waltrip shared the spoils in the two qualifying races. The latter summed up what it takes to win succinctly.

"It's a combination of brains and balls. You got to know when to stand on the gas and when to back off," he said.

Living up to the predictions, Allison stormed off into the lead and dominated much of the race, leading 117 of 200 laps. However, he certainly wasn't able to relax with Waltrip, Baker, Don Whittington, Earnhardt and Ricky Rudd all challenging.

While Baker, Earnhardt and Rudd would lead laps, pre-race favourite Waltrip retired after 55 laps with an engine issue. Further back, Petty was waiting to see how events would play out. He would remain in contention throughout a series of cautions.

One of the most spectacular caution-causing incidents saw Geoff Bodine's Pontiac speared into the infield at Turn 2, forcing photographers to scatter. The car would come to a rest next to a television broadcast truck.

While Petty spent much of the race in the background, he couldn't be ruled out and he pounced as the race entered its final stages with an inspired strategy ploy.

After Allison ran out of fuel and coasted into the pit lane for a top-up, he was followed by Rudd and Earnhardt. However, Petty elected to stay out and took the lead for the first time in the race. There he would stay, thanks to the canny decision not to take tyres at his final fuel stop.

Despite much fresher rubber that allowed him to close the gap, Allison couldn't catch Petty - who took the chequered flag by 3.5s and in the process scored a first NASCAR win for Buick since 1956. Allison would end up second while Rudd saw off Baker and Earnhardt for third.

Petty contested the event every year until his retirement in 1992, but would never better a third place in 1987. The 1981 win was especially poignant as crew chief Dale Inman quit two days later to join Earnhart's crew.

"I felt with 20 laps to go and if we didn't have a caution we would be in good shape," said Petty.

"I think for the crew it was probably the most emotional race that we have run down here because we have blown a couple of engines this week and we had no test time on the Buick before we got here.

"They are a heck of a crew as they sat down and tried to figure out what we need to do and they done it, they were super. The engine we started with had never been on a race track, we didn't get a chance to try it so we went out cold turkey again, which we have done before, but we really didn't know what to expect.

"Everything worked good all day, we couldn't lead but we could keep up no problems. We were there with the crowd and then when we made the final pit stop the race fell apart and we were in front."

Asked how it felt to win the event for a seventh time, Petty offered a humble response: "It never get old you know to win, he added. It feels super to win any kind of race, especially the Daytona 500."

Join Motorsport.tv and access over 800 episodes of Duke Classics, including the full 1981 Daytona 500 review. 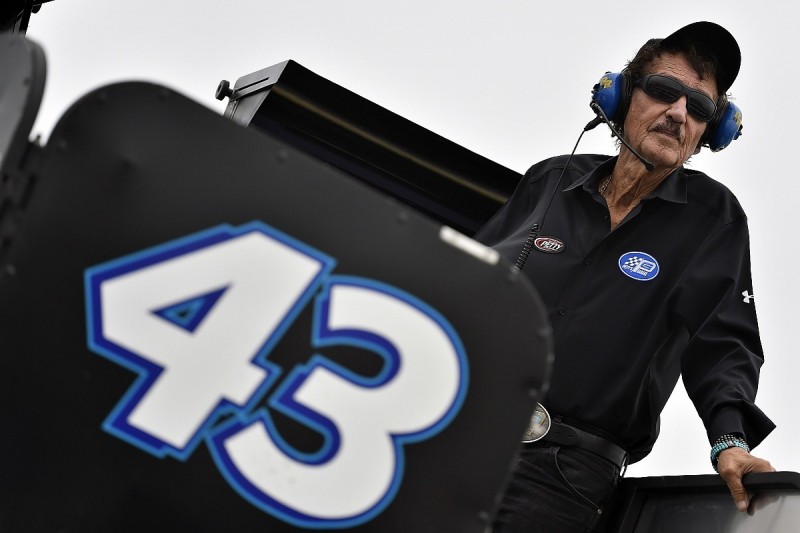