Kyle Larson feels "extremely grateful" to be able to return to NASCAR, admitting he "never really thought I'd get another chance" following his suspension for using a racial slur.

Larson was fired from his Chip Ganassi Racing team in April of last year for using a racial slur during the broadcast of an iRacing event and was also indefinitely suspended by NASCAR at the time.

He has since been reinstated and found a new ride with Hendrick Motorsports for the 2021 season, staging his comeback in this weekend's Daytona 500.

"I feel extremely grateful," he said.

"I never really thought I would get another chance to race in NASCAR and I kind of accepted that throughout the middle of last year and I tried to shift my focus towards what's ahead in my new life of racing a bunch, driving up and down the road and stuff like that.

"I was trying to figure out how that would be with my family, my kids, once they start school.

"So, yeah like I said, I'm grateful for the opportunity that Mr. H has given me.

"I hope to do a good job for everybody at Hendrick Motorsports and all my sponsors - just do a good job on and off the track to really take advantage of this second chance that I may not have deserved." 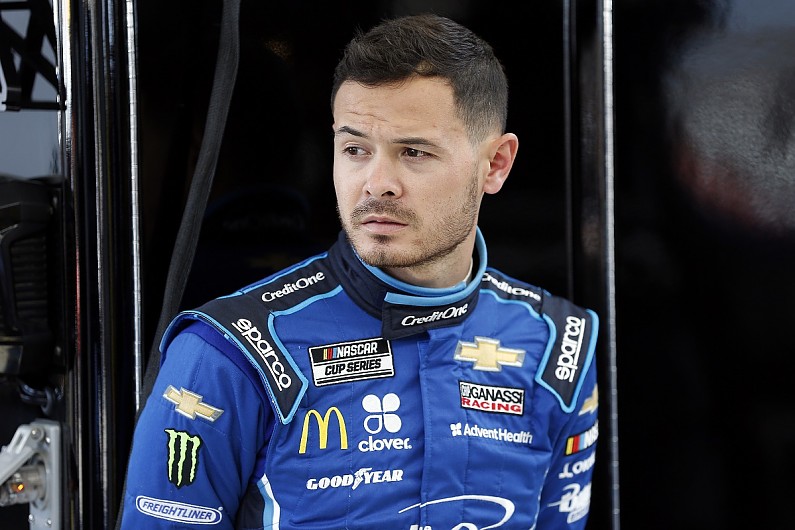 While suspended, Larson worked to clear his name and prove he was repentant for his actions. He also competed regularly in sprint cars, winning nearly 50 times.

Larson says that he cares as much about being successful with HMS on the track as he does about proving he is "the good person that I know am" off the track.

"I think with the success I had in the dirt stuff last year, winning 46 times, I'd like to be able to come back to NASCAR, being with an amazing organisation that just won the championship, go out there and be strong and win a lot of races, too," he added.

"I had a 50% win percentage last year. Obviously, I know that's probably impossible to ever happen in NASCAR.

"But I'd like to be competitive each week, win a lot of races and hopefully contend for the championship.

"I think there is definitely a lot I need to prove on and off the race track, and I'm looking forward to getting that started here in a few days."