Clint Bowyer will retire from racing in the NASCAR Cup Series and switch to commentating with FOX Sports after his Stewart-Haas Racing contract expires at the end of the season.

The 41-year-old has raced full-time at the Cup level since 2006, winning 10 times in 536 starts with Richard Childress Racing, Michael Waltrip Racing and SHR.

The 2008 NASCAR Nationwide Series champion with RCR, Bowyer placed third in the Cup Series in 2007 and was a regular playoff finalist before switching to MWR for 2012, enjoying his best season by placing second with three wins.

After the team's closure in 2015, Bowyer endured a difficult season with the tiny HScott Motorsports outfit before joining SHR in 2017, winning twice in 2018.

Bowyer's team-mate Aric Almirola signed a contract extension in September, but Bowyer's future remained up in the air as he told assembled media before the playoffs that he wanted to remain "a part of this sport in any way shape or form".

In a statement posted on social media, Bowyer announced his intention to switch to broadcasting for 2021, with Xfinity Series points leader Chase Briscoe considered a likely candidate to replace him. 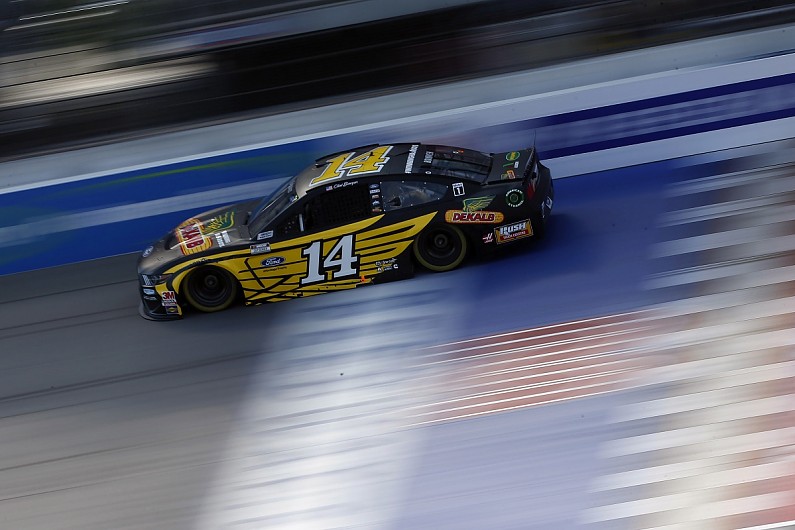 Bowyer, who could face elimination from the playoffs as the Round of 12 concludes at the Charlotte Roval this weekend, remarked that "in 2021 my suit will no longer be fireproof" and paid tribute to the people who had supported his driving career.

"I've sat in race cars prepared by some of the very best men and women the sport has to offer, for world class organisations," he wrote.

"Sharing victory lane with the people representing Richard Childress Racing, Kevin Harvick Inc, Michael Waltrip Racing and Stewart-Haas Racing is what it's all about!

"The opportunity to have won races with all three manufacturers is something I'm proud of.

"To list all of the people who impacted my career would be long and I would surely leave someone out, but at the top of that list are Richard Childress, Michael Waltrip, Tony Stewart, Gene Haas, Kevin Harvick and Jeff Burton.

"I am lucky to be part of the NASCAR Family, the best racing series on the planet. We'll beat each other up on the track, but will do whatever we can for each other off the track.

"I was able to win races in all three premier divisions of NASCAR, and a Nationwide Series championship. I'm proud and satisfied of what I achieved as a driver.

"I want to thank every owner who has paid a bill on my behalf, every crew member who has turned a bolt on my cars and every media member who has covered my racing career.