The first NASCAR-IndyCar double-header experiment at Indianapolis Motor Speedway was an obvious success by all available measures, but the absence of spectators means there can be no guarantees it will become commonplace, as JIM UTTER explains

One of the benefits of the scheduling changes prompted by the COVID-19 pandemic was an unprecedented NASCAR and IndyCar doubleheader event at Indianapolis Motor Speedway last weekend.

It certainly didn't hurt that Roger Penske, a successful team owner in both series, made a doubleheader between the series one of his first priorities upon completing the purchase of IMS and IndyCar in January.

COVID-19 certainly helped speed the process for this season, as IndyCar moved its Indy Grand Prix - originally slated for May - to NASCAR's traditional 4 July weekend at the Brickyard, running early on Saturday afternoon prior to the second-tier Xfinity Series' inaugural race on the IMS road course later in the day.

Scott Dixon won his first Indy GP in what turned out to be a comfortable victory, but the Xfinity race more than made up for any lack of drama, as Indiana native Chase Briscoe captured his fifth win of the season with a late pass on AJ Allmendinger.

There was near unanimity among drivers and participants from both series in praising the unique motorsports event, but they also all agreed the ultimate beneficiaries of the format - race fans - have yet to weigh in.

"Every week I have talked about when I win, how the fans make winning fun," said Briscoe.

"They are the reason you celebrate and the last couple of times I don't really celebrate because without the fans I don't get hyped up. 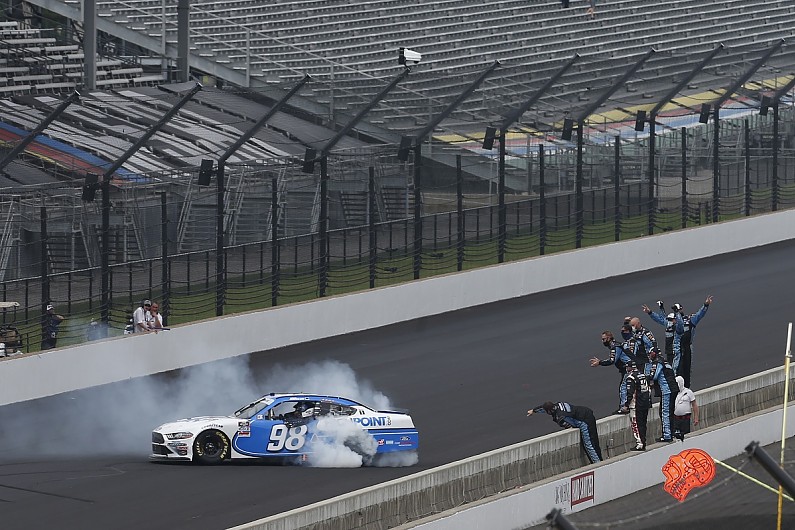 "Here I was obviously excited. I wish there were fans here. I probably said it five or six times in Victory Lane how much I wish the fans and my family and friends could be here. My family is probably crying at home.

"I was thinking about that the last couple of laps. That is tough. I wish they could have been here to experience it. It is something that may not ever happen again."

Dixon said: "I've been excited as soon as the NASCAR-IndyCar doubleheader was announced, it's fantastic.

"I was a bit saddened only because I think that would be something great for the fans to see. I hope it's something that will progress to more in the future."

Yes, there was a TV audience, but it's all-too-easy for fans of one series to turn the channel when the other comes on. NBC Sports, however, did provide some quality transition programming between the two races.

Still, the future success of shared weekends between the two motorsports series is going to depend greatly on whether fans will show up in person to watch.

A doubleheader day at the track also provides fans in attendance more of an opportunity to experience crossover opportunities which in turn could entice them to attend future races in both series. 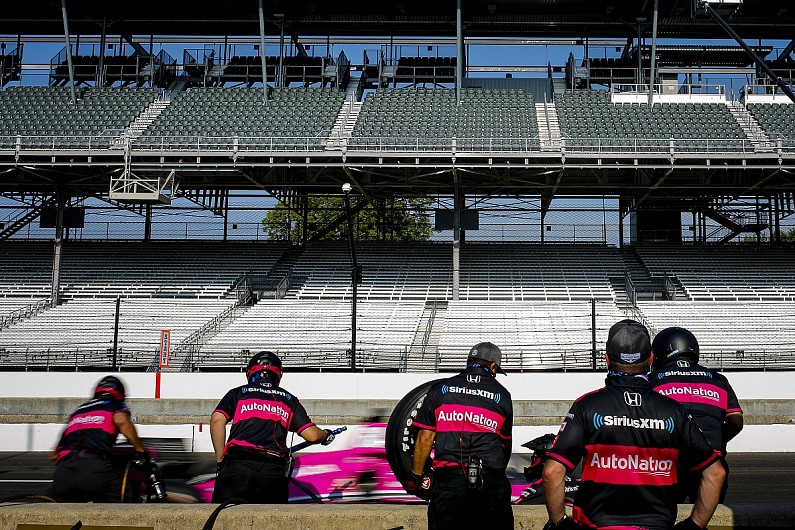 "For me as a younger guy in the sport, sort of reaching the middle point, I've always wanted to see more crossover from drivers and teams and series," said reigning IndyCar champion Josef Newgarden.

"I think most drivers do, to be honest with you.

"This has provided a really fun push where series can come together and provide more value for the fans, can provide more action for the drivers to really take in or soak in different experiences.

"Maybe that will lead to more crossovers from different drives."

Nothing that transpired at Indy this past weekend is likely to dissuade NASCAR and IndyCar from trying the doubleheader concept again.

But it's ultimate success will depend on the fans of both series and whether they will purchase tickets to watch a day or more of both series competing at the same venue.

It's one thing to say you like something; it's quite another to make the financial and logistical decisions necessary to attend an event in person.

Until fans can vote with their feet and attend at the track, NASCAR-IndyCar doubleheaders will remain more closely resemble a concept than reality. 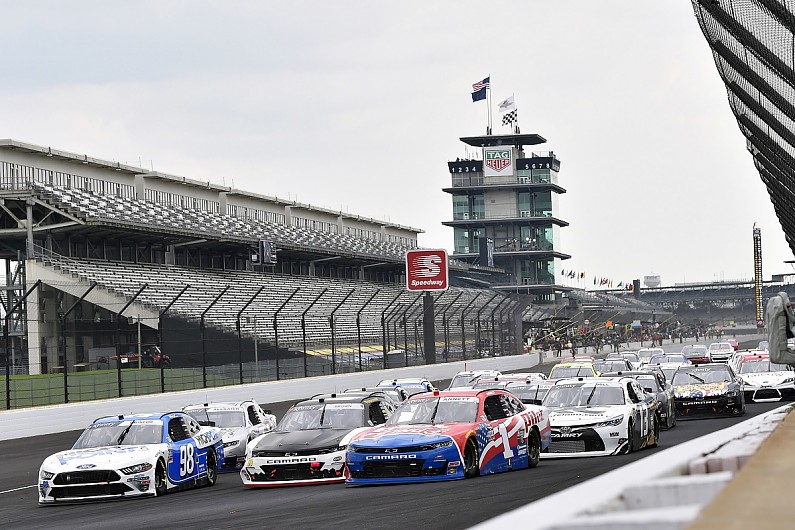