Alabama's governor Kay Ivey issued a statement apologising to Bubba Wallace on Monday after a noose was found in the NASCAR Cup Series driver's garage at Talladega on Sunday.

Late Sunday night, NASCAR announced it had launched an investigation into the discovery of a noose hanging in the garage stall of Wallace's team earlier in the day at Talladega Superspeedway in a targeted racist attack.

Wallace is the only full-time African American competitor in NASCAR's top series, and has proudly backed the Black Lives Matter movement since mass protesting began in the wake of the murder of George Floyd in police custody in Minneapolis.

Commenting on the "vile act", governor Ivey said: "I am shocked and appalled to hear of yesterday's vile act against Bubba Wallace in Talladega - there is no place for this disgusting display of hatred in our state.

"Racism and threats of this nature will not be condoned nor tolerated, and I commit to assisting in any way possible to ensure that the person responsible for this is caught and punished.

"While the important conversation of racial reconciliation is ongoing all over our country, it is clear there is much work to do. 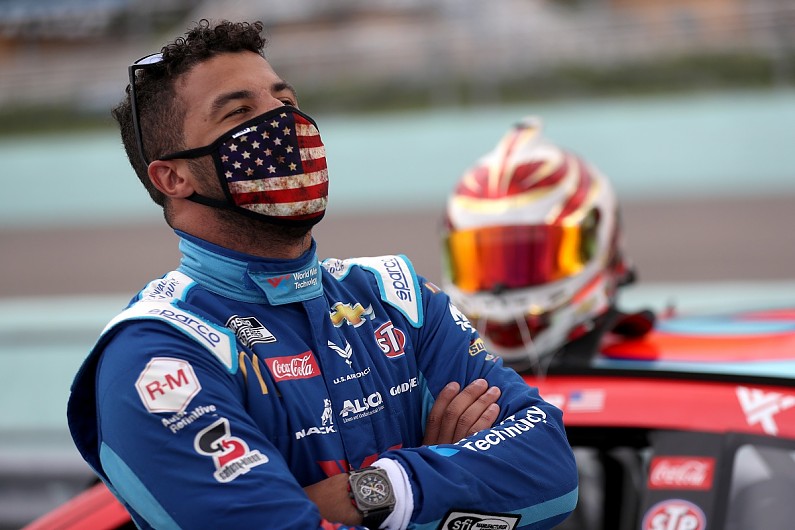 "Bubba Wallace is one of us; he is a native of Mobile and on behalf of all Alabamians, I apologise to Bubba Wallace as well as to his family and friends for the hurt this has caused and regret the mark this leaves on our state.

"I ask the NASCAR family to rally around Bubba and his team as they compete today and I know that there are more people who are wishing him well today than ever before."

On 10 June, NASCAR issued a ban of the Confederate flag from being displayed at any of its events, following a push from Wallace to have the flag - a symbol of the short-lived Confederacy in America in the 19th Century which opposed the abolition of slavery - outlawed.

U.S. Attorney Jay E. Town has confirmed the FBI is "reviewing" the incident to decide if the act has broken the law.

"The U.S. Attorney's office for the Northern District of Alabama, FBI and the Department of Justice Civil Rights Division are reviewing the situation surrounding the noose that was found in Bubba Wallace's garage to determine whether there are violations of federal law," the statement said.

"Regardless of whether federal charges can be brought, this type of action has no place in our society."

Since Sunday's horrible events, the sporting and wider world has rallied to support Wallace.

Basketball legend LeBron James wrote on Twitter: "Sickening! Bubba Wallace, my brother! Know you don't stand alone! I'm right here with you as well as every other athlete.

"I just want to continue to say how proud I am of you for continuing to take a stand for change here in America and sports. NASCAR, I salute you as well!."