"I am beyond all the frustration," said Harvick. "To me it is now a challenge just because I feel like this is very similar to 2014 and 2017.

"I can see the progression in the speed of the cars and the things we have done and honestly we just chose the wrong direction to start the year.

"Our cars weren't where they needed to be and everyone realises that as a company.

"We had some situations where we were in position to win some races and had some things go wrong, whether it was my team or the #14 [Bowyer]. In the end, our cars just weren't fast enough."

Harvick said a recent test by Almirola at Indianapolis had been "great", and intimated that the drivers' feedback was helping Gene Haas and Tony Stewart's team see where it had gone awry.

"That is really the benefit of having quality team-mates and people who communicate and an organisation like we have with Gene and Tony letting the racers go race," said Harvick.

"Sometimes that overrules the engineering.

"Not saying that our engineering guys did anything wrong, but it was just the direction wasn't right to be able to do the things we are doing on the racetrack in the cars in real-life scenarios. That is what really tells the tale.

"We are all pulling the rope in the right direction now and feel like we have made some good gains." 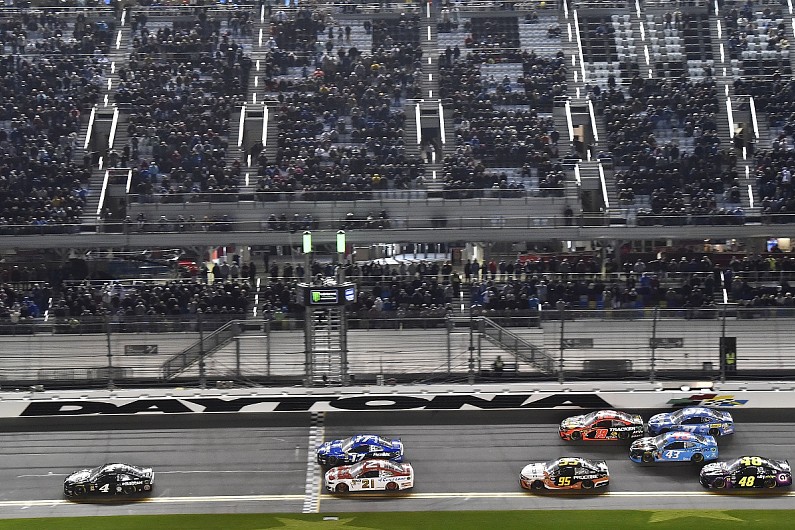 Harvick's only Cup win this year was the Daytona Duel qualifying race, and despite three pole positions his best finish in championship rounds has been fourth place - which he has achieved on five occasions.

He called the team "a resilient group of people who continue to set aside the frustrations and look forward".

Despite his frustration, Harvick believes he can still put together the kind of run at the end of this season that took Logano to the title in 2018.

"At this point, in these types of situations for me, they are almost more fun than winning all the time because you get to talk about things and live that frustration and go through those scenarios," said Harvick.

"In the end sometimes it makes you stronger at the end of those seasons to be where you need to be as we saw with the #22 [Logano] last year.

"They were nowhere in sight at the beginning of the year and they finished as the champs.

"Winning is easy because it means everything is right. You get to get gritty when it is not 100% going your way."