Team Penske's Joey Logano survived a two-lap shootout to score a dominant win at Michigan and take the NASCAR Cup Series points' lead with his second win of the season.

With just four laps of the intended 200 to run in the race which was delayed 24-hours because of rain, Erik Jones' #20 Joe Gibbs Racing Toyota entry suffered a flat left-rear tyre, spitting him onto the infield.

Stage one victor Logano, who had dominated the majority of the race from pole position in engine manufacturer Ford's home state, managed to get the jump on the pack as the two lap race to the finish ensued to seal his 23rd career victory, leading a track record 163 out of 200 laps.

Busch had to overtake Truex after the final restart to take his second runner-up spot of the season for Chip Ganassi Racing in his Chevrolet Camaro, as Truex ensured all the series manufacturers were represented in the top three with third for JGR in his #19 Camry.

Daniel Suarez ran strongly in the top 10 for the majority of the race, securing a strong result in fourth place, having made up two places on the overtime restart, Alex Bowman and Kyle Busch losing out.

Erstwhile points leader and team-mate to Truex, Kyle Busch, was fourth on that restart, having had a quiet but effective race through the field from a lowly 15th on the grid. 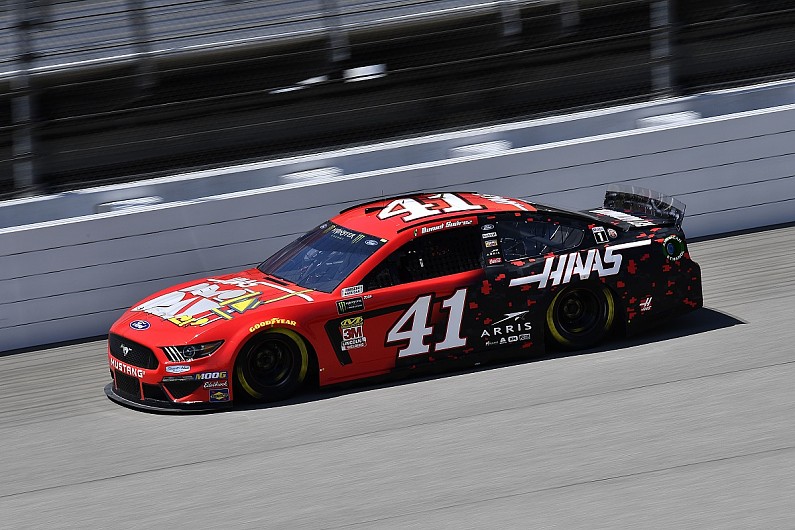 But he was punished for being sluggish by Suarez, who narrowly pipped him to the position.

Brad Keselowski was fortunate to record a seventh top six finish of 2019 for Penske in its best start to a NASCAR season for over 20 years.

The #2 was slapped with a drive-through penalty at mid-point for a safety violation whilst on pitroad, which dropped him down the order to a lapped 33rd.

Strategy was key around the two-mile circuit, with many drivers opting to only take two new tyres at pitstops in a bid to gain track position.

However, at the final green-flag stops around lap 175, Kevin Harvick was fitted with four new tyres by his SHR crew.

The move had looked to have backfired on the #4 Ford, as he slipped from dicing with Logano to 20th and became mired in the midfield pack.

However, the Jones caution allowed Harvick to recover some ground as he took seventh, just ahead of Ryan Newman (Roush Fenway), while Ryan Blaney made sure the three Penske cars reached the top 10. Alex Bowman scored 10th for Chip Ganassi.

Austin Dillion, who won stage two after Logano pitted for a splash and dash in the dying moments of the segment, was a lapped 26th in the #3 Richard Childress Racing entry.

Also hitting trouble, the last Michigan winner, Clint Bowyer, crashed at Turn 2 in the second half of the race, while Chase Elliott's run of six consecutive top 10s at Michigan ended after an extended spell in the pits thanks to contact with the wall.