NASCAR has decided to alter the Cup Series aero package for three upcoming tracks after reviewing the performance of its new rules in 2019 so far.

Originally, the year's Pocono Raceway, Atlanta Motor Speedway, Darlington Raceway and Homestead-Miami Speedway events were slated for the use of the baseline new aero package plus a smaller tapered spacer to reduce horsepower.

But those tracks were not going to utilise the front aero ducts.

Following a review of the Atlanta race in February and others run so far this year, NASCAR has now added the front aero ducts to the package for the remaining races this season at Pocono (which hosts two rounds), Darlington and Homestead.

"When we originally looked at which elements of the package to race at each track, we wanted to err on the side of caution at a few tracks where there may be some brake cooling concerns," John Probst, NASCAR's senior vice president of innovation and racing development, said. 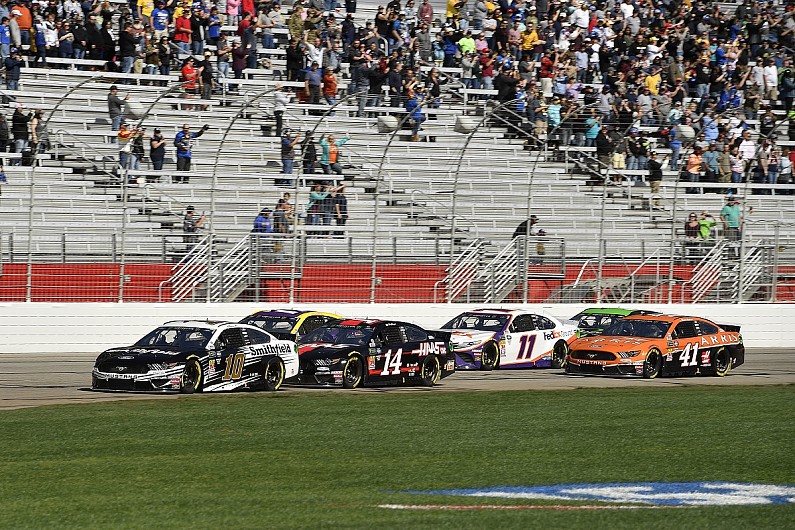 "After reviewing data from Atlanta, and with what we've learned over the first 11 races, we believe we can use the ducts without issue.

"In conversations with the teams, they emphasised the desire to focus on one race package, which will continue to improve the racing."

The baseline package each week features a taller rear spoiler, a larger front splitter with two-inch overhang and a wider radiator pan.

The change announced this week means the front aero ducts will now be used at all remaining tracks of one mile or more in length over the remainder of the 2019 schedule.

The aero ducts transfer air to the side of the car away from the front tyres.