Team owner Roger Penske says he has told NASCAR CEO Jim France "let's make the decision and go" with revolutionary plans for the Cup series' next generation of machinery.

NASCAR has earmarked the 2021 season to introduce its seventh-generation car, with the target of cutting costs and attracting new manufacturers, while potentially adjusting its schedule and format of race events.

The series remains in consultation with existing and outside manufacturers about shaping the rules, and has not yet committed to its planned timeframe.

When asked if the Gen-7 timeline was too ambitious to be achieved by its target date, Penske replied: "We need to go, OK? I said to Jim [France], 'Let's just make the decision and go'.

"It's gonna be like it or don't like it - but we'll all be racing during the season, we're building cars all the time anyway, and we'll come out in 2021 and we'll have it.

"The sooner we can get it out, get through all of the noise, the better.

"It has to happen, we have to make a change. Because the revenue side is not growing the way you want it to, and the costs are continuing to go up.

"The only way to get the costs down are to run your engines for three or four races, the customer in the stands don't know if you've got a super, super driveshaft or not, or which of the four types of brakes we've got." 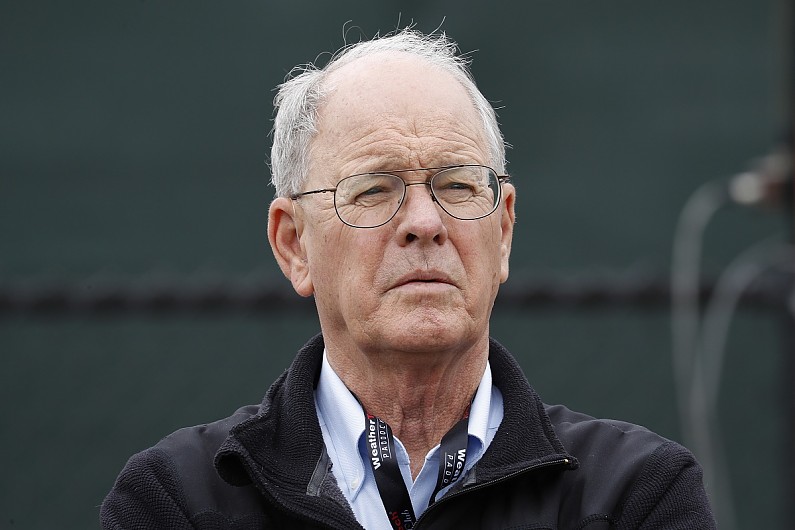 Asked for his thoughts on the new leadership team at NASCAR, which France (pictured above) has headed up since replacing his nephew Brian last August, Penske added: "Jim is very pragmatic and I think he'll make a decision.

"He's been involved in IMSA, I don't think he thought he was going to be in the position he is now, but he's stepped up, and the team he's got here - [NASCAR president Steve] Phelps is a very reasonable, professional guy - they've changed up the officiating.

"A lot of things have happened here, and we're looking forward to it."

Toyota Racing Development's David Wilson, who is engaged in the next-generation talks as a representative of one of NASCAR's three existing manufacturers, told Autosport "countless" meetings have been held in the past weeks.

"We're actively engaged every day on this project," said Wilson.

"The timeline that NASCAR has tabled, the target of 2021, is extremely aggressive. And the only way to come close to making it happen is if we're working hard right now.

"The good news is that we've had countless meetings [since the Daytona 500] and had a meeting in the paddock [at the Sebring 12 Hours] about NASCAR Gen-7 and things are going well overall, with a huge amount of work to do."