NASCAR plans to adjust Cup Series qualifying following the farcical scenes at Fontana on Friday when none of the cars in the pole shootout set a flying lap in time.

The 2019 aerodynamic rule changes have encouraged drivers to try to draft with each other in qualifying to get the best lap times on longer tracks.

But this has led to them waiting until the last moment in the five-minute final round before attempting runs.

At Las Vegas Motor Speedway two races ago, Hendrick Motorsport drivers Alex Boxman and Chase Elliott both crossed the line too late and missed out despite being faster than poleman Kevin Harvick.

At Fontana, none of the 12 cars in the final session crossed the line in time so the grid had to be set on round two results and handed Austin Dillon pole.

NASCAR's senior vice president of competition Scott Miller admitted the fans had been let down.

"Having the last 12 cars wait until they couldn't get a time posted on the board and making a mockery out of the qualifying is not what we expect for our fans," said Miller. "It's a little bit on us in that we hoped things would go better than that.

"It's an exciting show when they're out there on the racetrack but obviously we have a little work to do on our part to get a little bit of a better format so things like that can't happen.

"We certainly want to provide our fans with what they deserve. We and the teams didn't do a very good job of that. We're really disappointed."

The issue is not expected to occur in the next round at Martinsville Speedway, where drafting is less important on the shorter track.

But Miller expects changes by the Texas Motor Speedway event at the end of March.

"I think we will definitely make some tweaks to it - not quite sure what," he said.

"We've been working on a few other things. "We really don't want to go back to single-car qualifying.

"There may not be another way but we want to try to exhaust every possibility before we do that.

"That's just not as fun, not as intriguing a show as the group situation.

"We're going to try to figure out a way to adjust the group qualifying thing and not go back to single, but we've got some work to do on that." 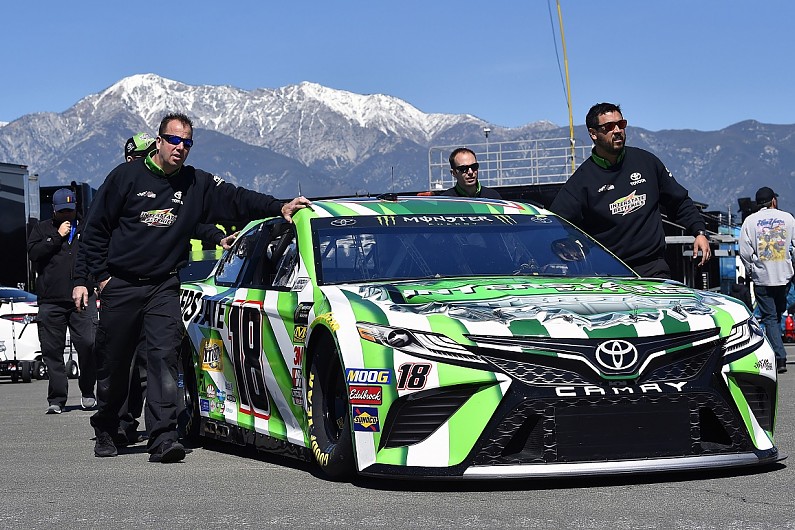 Championship leader Kyle Busch said he could understand fans' frustration at what happened at Fontana, but insisted the format gave drivers no choice.

"It has nothing to do with the competitors. Don't hate the players, hate the game," he said.

"You can't be the leader. If you're the leader, you don't qualify up front.

"It's going to be all about who can figure out the timing from leaving pit road to coming back around to being able to take the flag with the time running out for everybody else behind them."

Stewart-Haas Racing driver Clint Bowyer argued that changes should have been made before Fontana.

"I have seen it in other sports but never seen it in ours: we just got booed and it is disappointing," he said.

"It is disappointing for everybody involved.

"I saw this coming three weeks ago. I think we all did.

"Unfortunately we are going to have to be reactive to it instead of proactive.

"It is just a learning process. The whole package is. Everybody knows that going in and everybody has been patient but I am a little out of patience with Fridays."

Ryan Newman advocated a return to the previous format of single-car qualifying.

This is still used for the Daytona 500's pole day but was dropped in favour of a group elimination format similar to Formula 1's for other tracks from the 2014 season after an experiment on the Cup road courses in '13.

"I don't think that was a very successful use of TV time for our sponsors," Newman said of the Fontana session.

"I told you all back in Las Vegas that I am still a big fan of single-car qualifying. That is all I need to say, really. That is the way qualifying should be.

"The gamesmanship that goes on, the lack of 100%, it is not what qualifying is all about."

"I understand why we're in this box," he said. "Single car qualifying isn't all that entertaining.

"I guess we'll just have to see what the opinion is from this and go with the lesser of the two evils in the end." 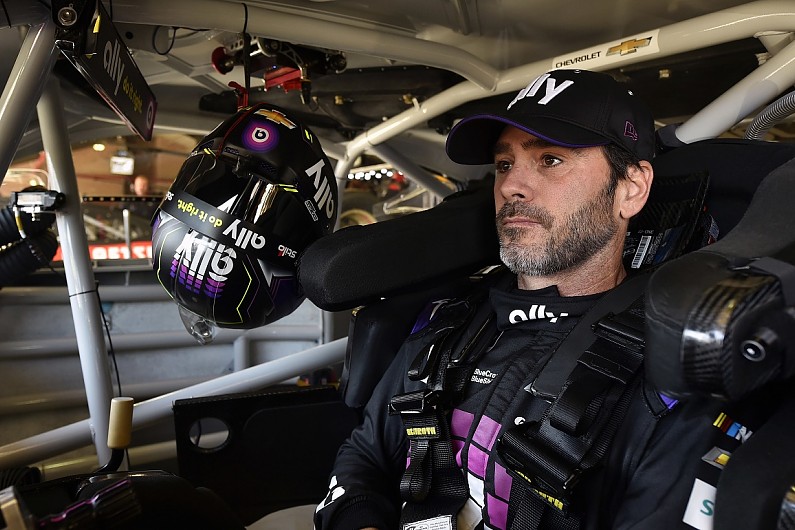