Single-file racing in NASCAR's Daytona week so far has led to concerns about the spectacle in Sunday's Cup Series season-opening 500.

The Daytona 500 is an anomaly in the revised 2019 Cup rules package - featuring horsepower reductions and aerodynamic changes to try to stabilise the cars and improve the racing - as it is the only time the restrictor plate system will be used.

"I don't know what's going on with the high line becoming just so clearly dominant," he said.

"It doesn't seem like it's entirely by choice that they all ride up there. It's by necessity.

"We're going to have a completely different package when we go to Talladega so it could be a non-issue, but the Xfinity cars and the Cup cars are not entirely similar and they both reacted the same way and did the same thing and raced the same way. 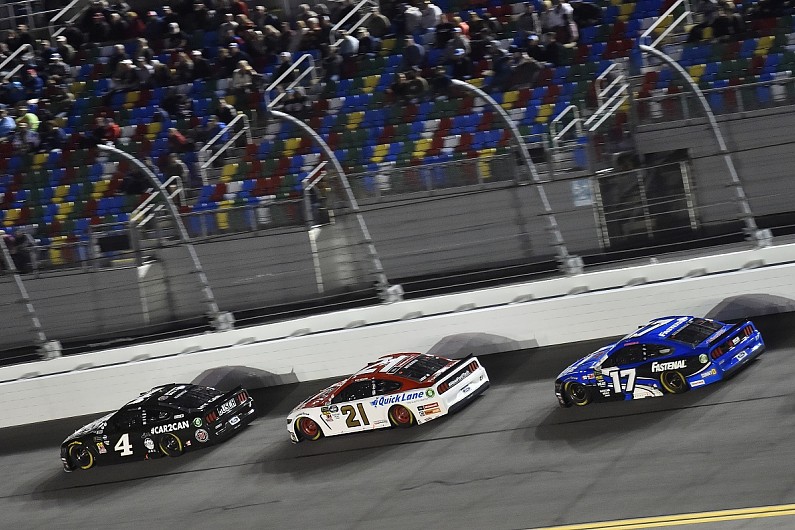 Many drivers have cited the fact that passing is easiest on the outside, so the high line is being monopolised because they do not want rivals to get a run to their right.

Roush Fenway driver Ricky Stenhouse Jr spent "the last 25 laps trying to figure out exactly what I was going to do" in the first Duel as he chased leader Kevin Harvick, but "nothing really materialised" in terms of passing opportunities.

"Everybody has just learned that if we keep cars away from our right rear quarter panel, we can kind of defend our position," said Stenhouse after finishing second.

"You get the top five or six that want to run single file, then the rest of the cars that want to race. They can't because we're so fast in the top lane."

The second Duel did feature a late pass for the lead, as Clint Bowyer was overcome by Joey Logano - who had drafting help from Penske team-mate Ryan Blaney - in the closing stages.

Bowyer said the fact the leaders could run so much quicker in a single file train was hard to ignore.

"Once those cars get single file like that, just look at the lap times, that tells the story," he said.

"Those lap times pick up a second, literally a second. The longer that chain got the faster I went up front.

"One time the chain must have got longer because we picked up three tenths like 'boom'. 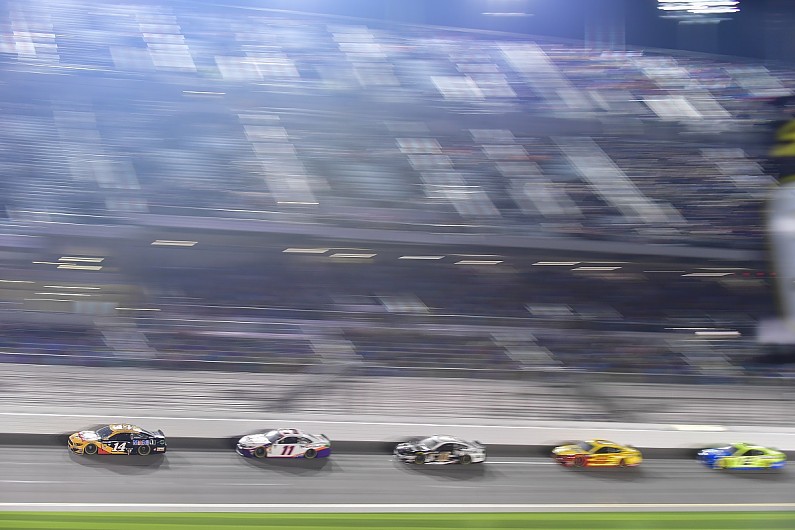 "As soon as the #9 car [Chase Elliott] started getting antsy down there [on the lower line], we slowed down. As soon as they got back in line, I could see our lap times picked back up.

"You can't unlearn things that we've learned. Will it go back to three-wide, four-wide, chaotic Daytona like it always is? Probably at some point."

Stenhouse also felt that the quiet qualifying races were a case of "just learning over the years that the racing has come to this - just trying to get to the end, nobody wants to crash cars".

Leading team bosses agreed that the cagey week so far was partly because of a desire to conserve machinery for the 500 itself and due to the smaller fields of the Clash and Duels.

Roger Penske said: "We have to put it in context. The 125s [Duels], quite honestly, you have your 500 car, you have less of a field, so there's less cars out there to manoeuvre with or draft.

"The racing will be certainly better on race day. Cars are trying to get up to the front and draft [in the Duels].

"From a show perspective, I think you're going to have a blanket over the cars that can win [in the 500]."

"The thing about the qualifying races is the majority of the field is locked in anyway," he said.

"The worst thing to do is put yourself in a bad position and have to bring a back-up car.

"You don't want to do anything to jeopardise that car that you qualified for the race. Guys are a lot more careful.

"But we saw guys like Chase Elliott, Daniel Suarez, that were trying moves by themselves. That's something you typically don't see a lot of, where guys can move and pass by themselves.

"I thought that was encouraging to see you're not having to rely necessarily on a whole pack of cars to help you move through the field.

"Like Roger said, the more cars you get out there, the more the pack racing gets a lot better and bigger.

"Qualifying races typically aren't as exciting from that standpoint, but it's because guys are really trying to take care of their equipment. 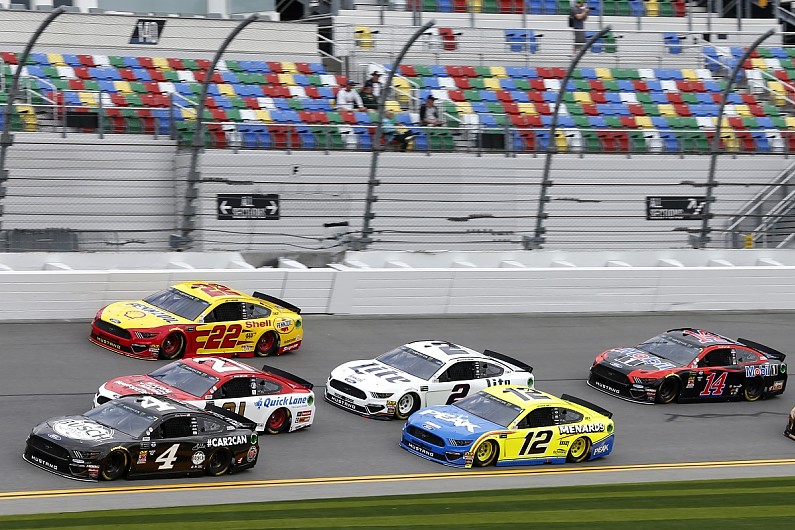